Exposed: The shocking pay gaps in science and technology

‘Insulting’: Working mums missing out on thousands in super 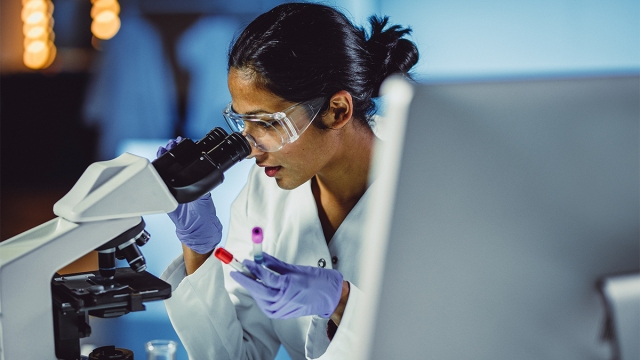 The gender pay gap is alive and well in the fields of science, technology, engineering, and mathematics (STEM) causing women to leave the sector at higher rates than men.

Women are deserting engineering and technology jobs at a faster rate than men as they continue to battle low pay rates and lack of progress.

Women continue to be underpaid and under-represented in senior leadership roles in science, technology, engineering and mathematics (or STEM), according to recent data, available via the government’s STEM Equity Monitor.

But other figures expose deeper issues. Women make up 23 per cent of all managers in STEM industries, but only 8 per cent were in CEO positions. In comparison, in health it was 43 per cent and, across all industries, 19 per cent.

As Australia faces an unprecedented skills shortage, there is an acute need for highly qualified people to help tackle technological, economic and environmental challenges.

Lack of diversity across industries results in a limited workforce, and a narrow range of perspectives.

Increasing diversity at all levels of industry will enhance the economy and bring new approaches to challenges, from climate change to building a technology-empowered economy.

In good news, data shows that more women are enrolling in university  courses like mathematics and engineering, 24 per cent between 2015 and 2020, compared with a 9 per cent increase among men.

In 2021, women’s workforce participation also increased. The proportion of women in STEM-qualified jobs increased by 2 per cent in 12 months to 15 per cent.

Australian Academy of Technological Sciences and Engineering chief executive Kylie Walker said the data highlighted that, despite high numbers of women graduating from STEM studies, they were leaving the industries at higher rates than men.

“The monitor also reveals that the gender pay gap – already higher in STEM than across the Australian economy – has tripled for those with postgraduate engineering qualifications,” she said.

“This is alarming in the context of a severe and growing engineering skills shortage. It is vital that Australia adds to, rather than loses from, its engineering workforce.”

Science and Industry Minister Ed Husic conceded much still needed to be done to achieve equal opportunity for women to learn, work and engage in the area.

“We know that women remain chronically underrepresented when it comes to STEM and, for First Nations people, participation is much lower. That is why the government has announced a review to determine how programs can be reformed to support greater diversity,” Mr Husic said.

“The data in the STEM Equity Monitor adds vital information in telling the story of where we are now. They underline the importance of why a renewed effort is needed to break down structural barriers to meet the growing demand for workers in the tech and science sectors.

“Improving diversity in our STEM and technology sectors is not only the right thing to do but widening the pipeline of talent will also bring incredible benefits for our national wellbeing.”

“Rather than the usual PR campaigns and cupcake drives, we need investment in evidence-based solutions to address systemic issues affecting people who face discrimination in the workforce,” Professor Harvey-Smith said.

“Nothing short of strong, decisive, and co-ordinated action from governments and the business sector will shift this pattern.

“The key to diversifying STEM workplaces is respect – and reducing power differentials that appear along gendered, cultural and other lines.

“Greater respect for every person will build a stronger, more cohesive society ready to tackle future challenges. And it will ensure that Australia’s fast-growing sectors – like space, advanced manufacturing, quantum technologies and cyber security – are well supported by a qualified workforce into the future.”

Second-year biological science student Ella Burgen said “systemic hurdles”, such as the gender pay gap and the recognition of different genders and sexualities in the workplace, hindered women and non-binary people progressing in professions like science.

“We need to highlight the communities of women and non-binary, transgender and gender non-conforming persons who are pursuing STEM,” she said.

“There need to be representatives of our communities who work with current bodies and committees to change workplace environments and systems that are prejudiced towards us.”

The post Exposed: The shocking pay gaps in science and technology appeared first on The New Daily.