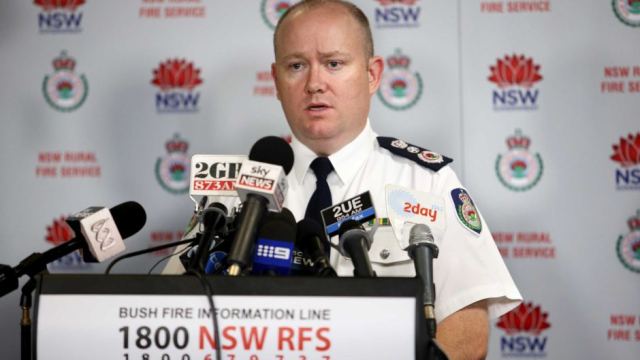 Former NSW minister Andrew Constance has come out in defence of Shane Fitzsimmons after a inquiry into the state’s flood response recommended the Resilience NSW boss’s position be made redundant.

Mr Constance, an ex-Bega MP and transport minister, formed a bond with Mr Fitzsimmons when he was the NSW Rural Fire Service commissioner during the Black Summer bushfires.

“For goodness sake, this is a bloke who saved lives, who was there for my community and our state during Black Summer,” Mr Constance said in a video posted to social media on Thursday night.

“I think he deserves a bit better than this.”

Mr Constance also took a swing at his former colleague and ex-emergency services minister David Elliott, who was holidaying in France during the devastating bushfires.

“I know where the minister was during that period. He wasn’t in Australia. So I don’t get this,” Mr Constance said.

Resilience NSW’s response to the deadly and destructive flooding across the state has been marred by criticism, particularly over slow efforts to get relief to victims.

An independent inquiry into the flood response has reportedly recommended the agency, set up following the 2019-20 Black Summer fires, be wound down and Mr Fitzsimmons’ position be made redundant.

Premier Dominic Perrottet has promised to make the report by former police commissioner Mick Fuller and chief scientist Mary O’Kane public, but is yet to do so.

Mr Fitzsimmons, the 2021 NSW Australian of the Year, was appointed head of the agency after rising to prominence during the bushfire disaster.

Flood victims have told the inquiry Resilience NSW was “simply not there”, while Mr Fitzsimmons said the body was designed to streamline natural disaster responses.