The top negotiators of the European Union and recently departed Britain sought a belated renegotiated deal Friday on how trade in Northern Ireland should be dealt with amid signs that increasingly acrimonious relations could lead to a trade war.

On top of the dispute on how to smooth the trade in goods in the UK’s Northern Ireland, where the complicated Brexit deal has left the region also in the EU’s single trading zone, both sides are fighting over symbolically important UK fishing licenses off France.

The UK‘s post-Brexit negotiator David Frost was meeting with his EU counterpart Maros Sefcovic on Friday. He said entering the luncheon meeting that even though Britain was looking for a solution to the issues at hand, a step that in practice could lead to a trade war was still on the cards.

“The gap between us is still quite significant,” Frost said. “Time is running out.”

He said that suspending the parts of the Brexit agreement under the so-called Art. 16 procedure “is very much on the table and has been since July.”

Analysts say it would only be a small step from such a suspension to a full-blown trade war.

EU spokesman Daniel Ferrie said that “we are working extremely hard to find solutions to some of the problems that have been put to us by people in Northern Ireland.”

Northern Ireland, part of the UK, shares a land border with EU member Ireland. The Brexit agreement gives it a special trade status that ensures there is an open border on the island of Ireland. It is a key pillar of Northern Ireland’s peace process since the 1998 Good Friday accord that ended years of fighting.

READ MORE: UK petrol panic-buying so bad the Army’s on standby to help

But it means a new customs border in the Irish Sea for goods entering Northern Ireland from the rest of the UK, even though they are part of the same country. 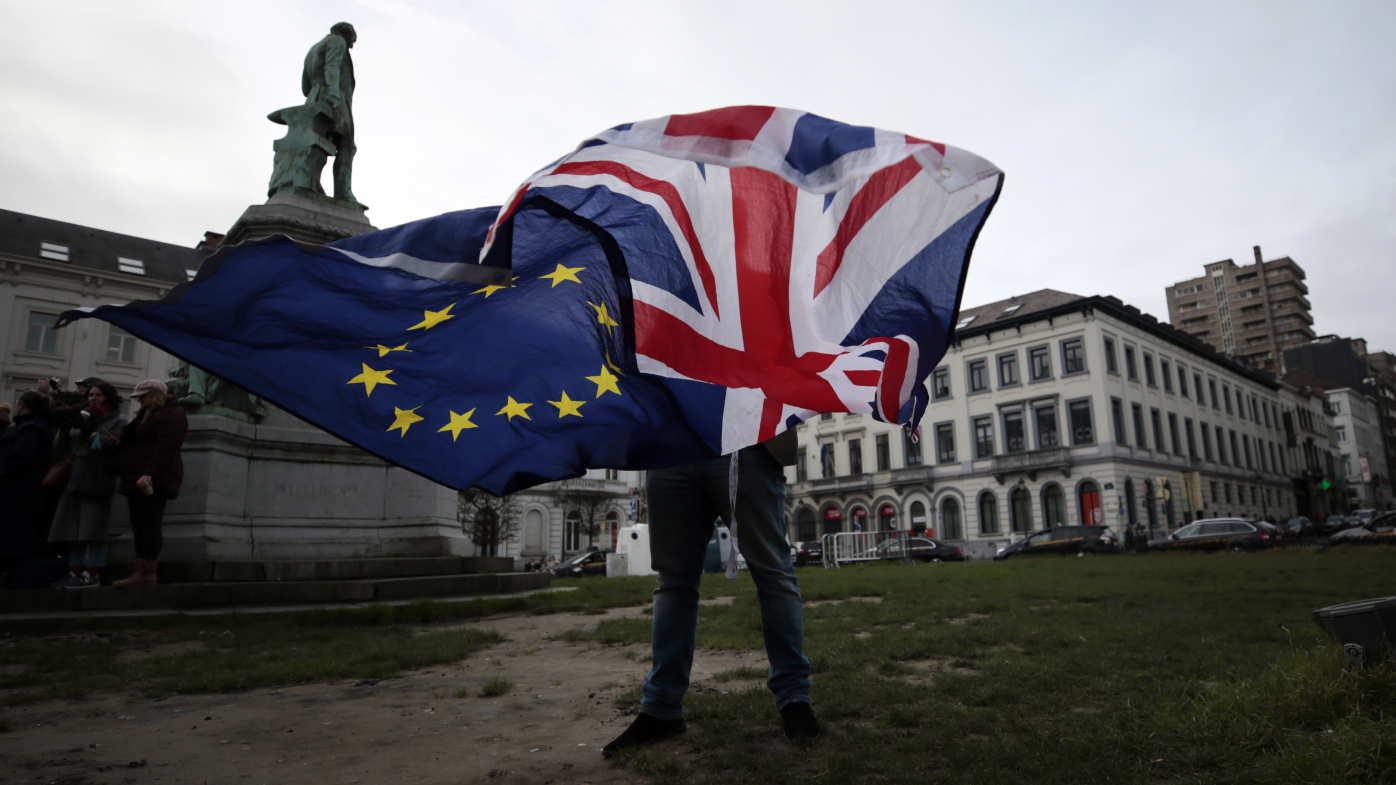 The EU has said it already offered major concessions in cutting red tape for trade between Britain and Northern Ireland, but London also wants to get rid of the legal oversight of the EU’s top court, something Brussels has set as a red line.

Issues over fish licenses have further complicated relations. Although fishing is a tiny industry economically for both Britain and France, the issue of boats’ access to waters that divide the two maritime powers has flared into a major irritant on top of the Northern Ireland issue.

France says Britain is breaking a commitment of the EU-UK trade agreement reached last year by not giving sufficient licenses to its Normandy fishermen seeking access to Crown dependencies Jersey and Guernsey. Britain says it still has insufficient proof some of the fishermen have historical rights to go there.