More than two-thirds of the Australian population who own a phone have been contacted by a scammer in the past 12 months as the rate of fake text messages explode.

New data by comparison site Finder found 77 per cent of Australians reported having received a fraudulent text or phone call in the last year, equating to almost 15 million people.

Most recipients did not report the scams, while 19 per cent flagged the relevant provider that what they had received was fraudulent.

Personal finance expert at Finder Kate Browne said cybercriminals were taking advantage of COVID-19 circumstances that saw many Australians drastically increase the amount of time they spent online and on their phone.

“Australians are spending more time online than ever before. As millions of us transitioned to online work and learning, as well as shopping more online, scammers were waiting,” Ms Browne said.

“Cybercriminals are using multiple tactics to get people to hand over money and personal information, mostly by impersonating the government.”

According to the Australian Competition & Consumer Commission, Australians have already lost over $236 million to scams in 2021 alone.

Those aged 65 and over account for the highest losses, but new data is showing many young people are also falling prey to intimidating, concerning or seemingly harmless scams.

“Scammers adapt and in a moment of inattention, it is unfortunately all too easy for even the most careful person to click on a message or fall for another type of scam. But your experience can help warn others to be even more careful.”

The most common scam currently plaguing Australian users is Flubot scams, where cybercriminals attempt to impersonate a legitimate business and tell the recipient they have missed a call, missed a package delivery, or have a voicemail to be heard. 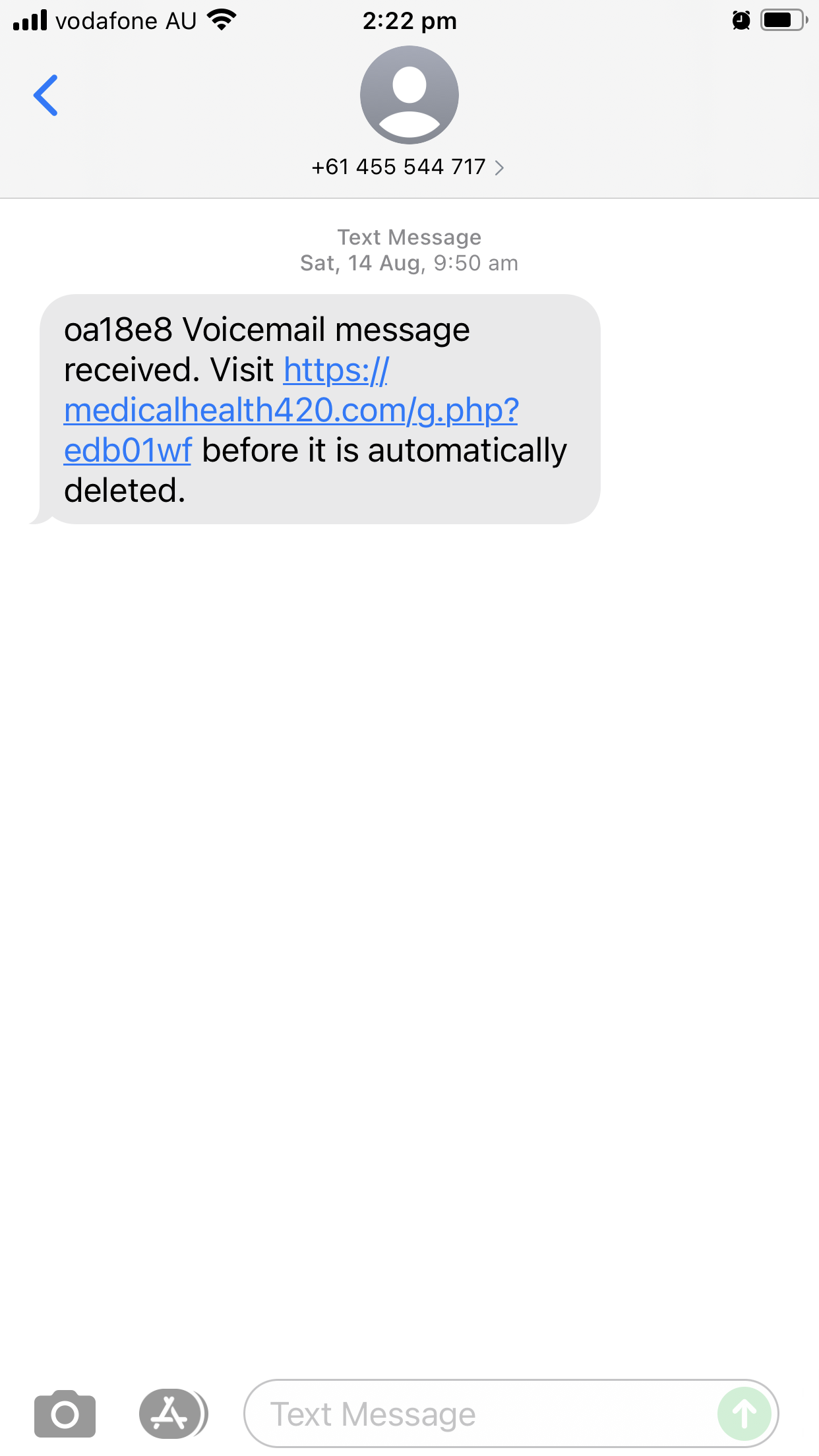 Since August 2021, the ACCC has received over 16,000 reports of these scams affecting both Android phones and iPhones.

If users download the link provided in the fake texts, they may infect their device with a form of malicious software known as malware.

In severe cases, the malware can give scammers access to the passwords and personal identification codes used on the device, including access to banking facilities.

“Avoid clicking links in emails or text messages. Scammers can make these look really genuine, but clicking on them can compromise your personal information,” Ms Browne said.

“Instead, log in to your personal accounts through apps or official websites to make sure your data isn’t being accessed by any third parties.”