Elon Musk under pressure after Twitter board backs $63 billion deal

Melania Trump: Bombshell revelations about what she did during US Capitol riot

Trump close to launching Truth Social, the app he thinks will rival Twitter

US Trump supporters backing anti-vaxxers as protests spread across Canada

Donald Trump Joe Biden us US Capitol US Election

Alan Kohler: How good is the Australian Electoral Commission?

Donald Trump's Truth Social could be a misinformation haven in Australia

Donald Trump United states us US Capitol US Election

Donald Trump off the hook over Apprentice sex-assault claim

On This Day: Donald Trump is elected US President

Michael Pascoe: The Liberal Party is our local Trump Party 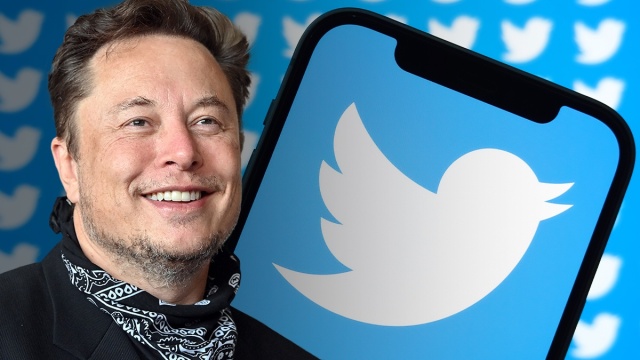 Twitter’s board has turned up the heat on billionaire suitor Elon Musk, unanimously backing his $US44 billion ($63 billion) bid for the social media platform despite disputes about the platform’s robot users.

Twitter recommended shareholders vote in favour of the Tesla founder’s offer for the company in regulatory filings posted on Wednesday (AEST) on the basis his offer was “fair [and] advisable”.

But Mr Musk is continuing to cast doubts over the deal, saying on Wednesday that three “unresolved matters” were stopping it from going ahead.

Analysts have said Mr Musk is erecting roadblocks to scupper the deal after his funding package, which includes a large loan against his Tesla shares, started falling apart in May.

Against that backdrop, Twitter’s approval will put pressure on the billionaire to either move ahead with the purchase, or walk away and face hefty breakaway fees.

Investors appear unconvinced the deal will go through, with Twitter stock trading far below Mr Musk’s offering price on Wednesday.

Mr Musk says there are three hurdles preventing his bid from proceeding.

The first is a long-running dispute over the number of robot users on Twitter, with Mr Musk remaining sceptical about Twitter’s claim that just 5 per cent of its user base are bots.

Mr Musk won’t buy Twitter unless it shows 95 per cent of its users are human.

“That is a very significant matter.”

The second hurdle, Mr Musk said, is whether the debt portion of his bid will come together.

The billionaire had agreed to pay $US33.5 billion ($48.3 billion) in cash for Twitter, with a further $US7.1 billion ($10.2 billion) in equity financing from other investors, and an undisclosed debt package backed by his Tesla shares.

The debt portion has become mired in uncertainty as a global sharemarket rout eats into Tesla’s stock value, reducing Mr Musk’s wealth and undermining his debt collateral with banks.

CNBC reported in early June that negotiations with bankers had been put on hold, while Mr Musk admitted on Wednesday there’s still “a question” over whether the debt will “come together”.

Without this money, Mr Musk would either need to find new funds or substantially lower his bid for the company, which means altering the deal.

The third issue preventing the purchase from going ahead is whether shareholders will vote for it, with a meeting of investors to approve the purchase yet to be scheduled by Twitter’s board.

Mr Musk said these issues must be resolved.

For its part, Twitter’s move on Wednesday shows the company wants to move ahead and call a shareholder vote, which could resolve Mr Musk’s third hurdle.

RMIT University associate professor Angel Zhong said that by recommending the deal, Twitter has removed a roadblock and put pressure on Mr Musk to make a decision.

“Twitter’s efforts to clear hurdles makes it increasingly difficult for Musk to walk away from the deal without any penalty,” she said.

The Tesla co-founder is on the hook for more than a billion dollars in breakaway fees if he tries to scupper the deal without a suitable pretext.

Dr Zhong suggested this gives Twitter leverage to pressure Mr Musk into either paying a 13 per cent premium for the social media giant or paying sizeable penalties for walking away.

“If the number of fake accounts checks out, Musk has no other resort but to close the deal at an expensive price,” she said.

“The consensus is that he is using this as an excuse to buy time.”

Twitter’s current share price also reflects investor scepticism that the deal will actually happen, with market watchers tipping a protracted legal battle over the terms of the merger agreement.

Mr Musk previously said he wanted to buy Twitter to enshrine the platform as a bastion for free speech, suggesting he’d reverse bans to controversial users like former US president Donald Trump.

The billionaire also wants to rapidly expand Twitter’s user base and take steps to improve the monetisation of the platform, an issue that has long irked the social media giant’s larger investors.

The post Elon Musk under pressure after Twitter board backs $63 billion deal appeared first on The New Daily.