Glenn Maxwell smashes BBL record with 154no against Hobart Hurricanes

BBL teams to move to Melbourne

Scorchers win to extend lead on top of BBL 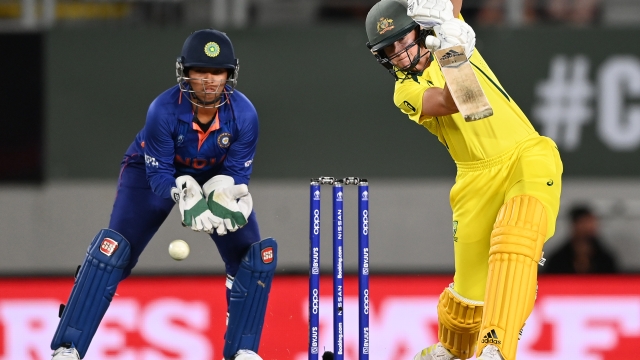 Ellyse Perry’s best shot at an international Twenty20 recall could come in the WBBL, with the superstar all-rounder labelling the tournament a potential launching pad for several players.

Monday marked exactly one year since Perry’s last T20 for Australia, having since been overlooked for the format during the last Ashes summer and the Commonwealth Games.

Australia faces a changing of the guard in coming months, with Rachael Haynes retiring and Meg Lanning still on personal leave ahead of the summer and February’s T20 World Cup.

Perry would loom as a logical option.

Still a fixture in the 50-over team, the 31-year-old would offer value for her top-order experience as a steady hand at No.3 and No.4.

The right-armer has also resumed bowling, having overcome a stress fracture in her back while also working on technical changes in her delivery.

Perry is loath to discuss her selection chances, but can see this summer’s tournament as crucial in the selection race to fill the two spots.

“Traditionally speaking the WBBL is a great launching pad for all players,” Perry told reporters.

With a T20 World Cup on the horizon, @SixersBBL captain Ellyse Perry expects #WBBL08 to play a big role in Aussie selection for all players. pic.twitter.com/T19F1WzOED

“We have unearthed some great talent in this competition and it has given people the chance and opportunity.

“With a few changes in the Australian set up, there is a really great chance for everyone to play really well and do their best to be a part of a really competitive Australian side.”

But Perry likely holds the cards with her change of mindset in batting the most important factor.

The right-hander will bat at No.3 or No.4 for the Sixers when they begin the tournament against Brisbane in Mackay on Thursday night.

Perry has batted at a strike rate of more than 100 in just one season of the WBBL but has made a point of adding to her power game in the past year, and struck at 136.73 in the recent Hundred tournament in England with Birmingham Phoenix.

“You always want to evolve and different points of time along the way things are highlighted and speak more to where you want to take things – and perhaps also how you want to keep contributing to the team and game,” Perry said.

“In the last couple of years that has been at the forefront of my mind.

“Hopefully it makes my contribution to whatever team I am part of greater than what it has been in the last little bit.”

Meanwhile, Sydney Thunder has named New Zealand quick Lea Tahuhu as a replacement for Hannah Darlington (knee) ahead of their opener against Hobart on Friday.