Thunderstorms and possibly large hail have been predicted for south-east Queensland today, as parts of Australia’s east coast prepare for a soaking, including warnings of flash flooding and strong winds.

Millions of people across Queensland, New South Wales and Victoria have been told to brace for a week of heavy rain, and a storm-heavy Summer season.

Moist and unstable conditions are likely to see thunderstorms in Queensland’s south-east most days this week.

This week’s stormy weather has been brought by a broad low-pressure trough which slowly crossed the region over south-east Australia during the weekend.

This system has now pushed further east and is contracting into Queensland and northern New South Wales.

Another round of wild weather is on the cards later this week as a further trough deepens over eastern Australia from Wednesday onwards.

Weather Zone’s Ben Domensino said this week’s storms are due to three separate weather events, including a developing La Niña, which is driving airborne moisture and unusually warm water across the Pacific Ocean and towards Australia.

“These climate drives have collectively caused a huge mass of moisture-laden air to sit above Australia, which will fuel rain throughout the week,” Mr Domensio said.

Long-range weather forecaster and research director for the Bureau of Metrology, Hayden Walker, said wet conditions this week are only the start of what will be a particularly eventful storm season.

“We’ve certainly seen mother nature release a fury in relation to storm activity over the last month and we’ll continue to see quite prevalent storm activity once again for the months of November, December January February,” he said.

“That’ll be concentrated in the south-east and then will start to head for the tropics.

“It’s going to occur again and people need to stay vigilant and be aware of what’s happening in the next three or four months.”

South East Queensland is bracing for a wet start to the week, including warnings of possible flash flooding.

The Bureau of Meteorology has also warned of strong marine winds along the Sunshine Coast and the Gold Coast.

A broad trough system over western and interior Queensland will move slowly eastward across central and south-eastern districts, leading to widespread showers and thunderstorms across much of the state over the next few days.

There is a risk of severe storms for south-eastern parts of the state, and regions around rivers in the south-west have been warned to brace for flooding, particularly along the Bulloo, Paroo and Diamantina River.

Brisbane is expected to receive a downpour of up to 35mm today, with a top temperature of 28C.

A low pressure trough continues to track slowly towards the northern coastline while weakening this morning.

There will be heavy showers and thunderstorms in the east, possibly severe about the northeast of the state and an area along the central and northern ranges.

There are strong wind warnings for waters off Byron Bay, Coffs Harbour and Eden.

Sydney is headed for showers and a top temperature of 25C.

After a weekend of heavy rain and flash flooding, Victoria is headed for calmer conditions today.

There is a chance of a light shower on and south of the ranges, mostly clearing for the afternoon. Isolated showers and possible thunderstorms in the morning and afternoon in the northeast of the state. 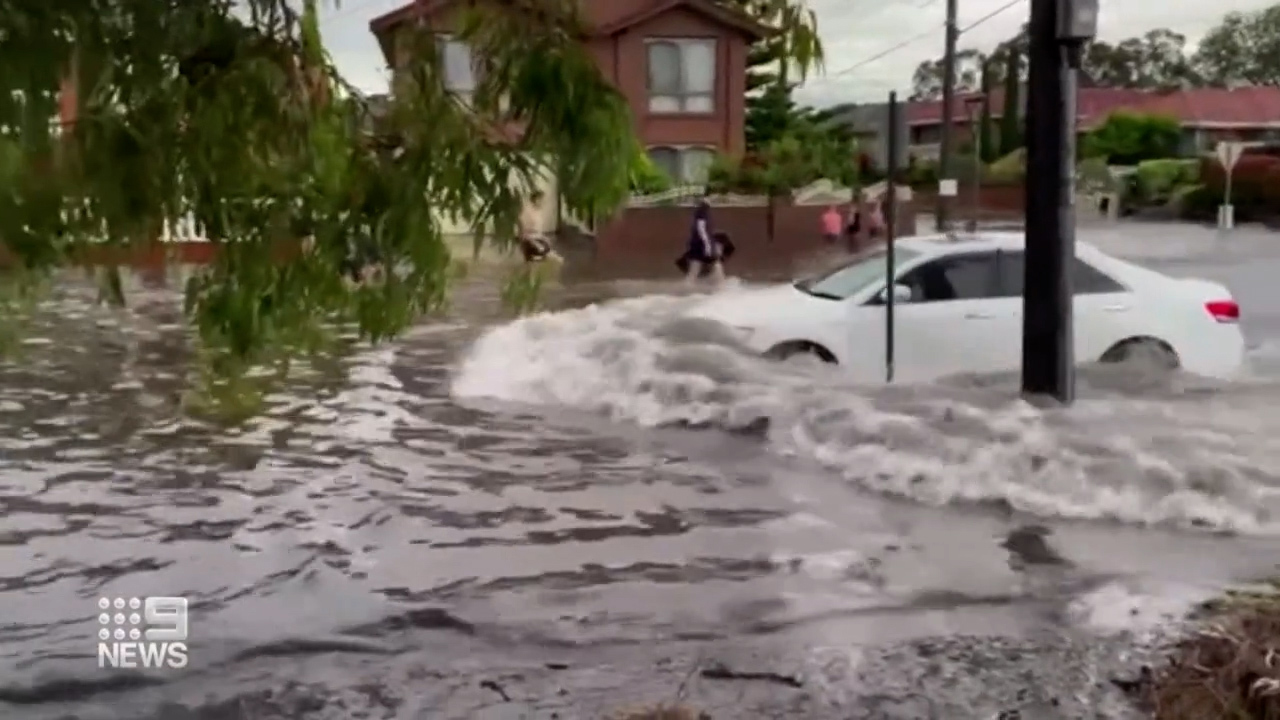 A new low trough will build over eastern Victoria later tomorrow and bring further heavy rain across the state.

Melbourne is forecast to have a cool day with a top temperature of 17C.

Flash flooding wreaked havoc across Melbourne’s south-eastern suburbs on Saturday. There were more than 300 calls made to the SES, including 50 in the Springvale, Mulgrave and Keysborough area.