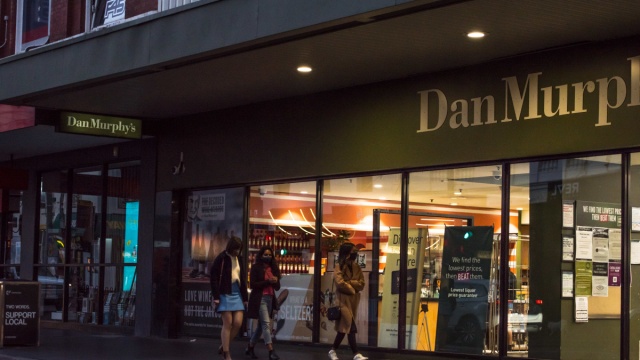 Thousands of low-paid workers will get their $40 a week wage increase months early, after a decision by one of Australia’s biggest employers.

Endeavour Group employs more than 15,000 workers under the hospitality award. It has until October to pass on the 5.2 per cent rise to those on the minimum wage.

“We will implement the wage increase from the start of the first pay period in July to all eligible employees, including our hospitality team members,” chief executive and managing director Steve Donohue said.

“As Australia’s largest operator of retail liquor stores and hotels, we acknowledge that we are in a unique position to be able to do this. We have anchored this decision in our values and ways of working and with a ‘one team’ Endeavour Group mindset.”

The decision follows last week’s announcement by the FWC that the minimum wage for hundreds of thousands of Australian workers will rise by 5.2 per cent (or about $40 a week) from July 1.

The increase is roughly in line most recent inflation figures, although the Reserve Bank of Australia now predicts that will rise further to 7 per cent by the end of the year.

The hospitality, aviation and tourism sectors have until October to pass on the pay rise, which the commission accepting those industries are still suffering pandemic disruption.

Endeavour runs 340 hotels and clubs across the country, as well as the Dan Murphy’s and BWS chains. It has a total of more than 28,000 workers in shops, hotel venues, support offices, operations and wineries.

The announcement follows confirmation that Woolworths, which still has a 14.6 per cent stake in Endeavour following last year’s demerger, will also pass on the $40 pay rise to about 145,000 employees from July 1.

Rival Coles has no current EBA for supermarket team members and can effectively simply decide to pay its workers more. It does require board approval to pass on the pay rates as set out by the FWC.

A spokesperson for Coles told The Australian it would review the commission’s decision and said it was committed to the FWC’s pay rise for its 130,000 employees.

Elsewhere, Employment Minister Tony Burke said he did not believe wages growth was about to further fuel inflation, saying pay rates have suffered a decade of stagnation.

“We don’t have high wage growth. The wage price index has been running at 2.4 [per cent] at the same time that inflation was coming in at 5.1 [per cent].”

He said some of the drivers of inflation were international, while others were from previous government neglect.

The Labor government is expected to hold a jobs summit in late September or early October to bring government, business and unions together.

“I want to get wages moving and enterprise bargaining has been the best way of doing that hand-in-hand with productivity,” Mr Burke said.

The post Early pay rises for thousands of hospitality staff appeared first on The New Daily.