The moment a live powerline hit a tree, causing a firey explosion in Melbourne has been caught on camera.

The dramatic vision, filmed by a motorist and uploaded to social media platform TikTok, has shown a tree becoming tangled in powerlines during extreme winds, before bursting into flames and exploding.

A number of cars can be seen beneath the powerlines. 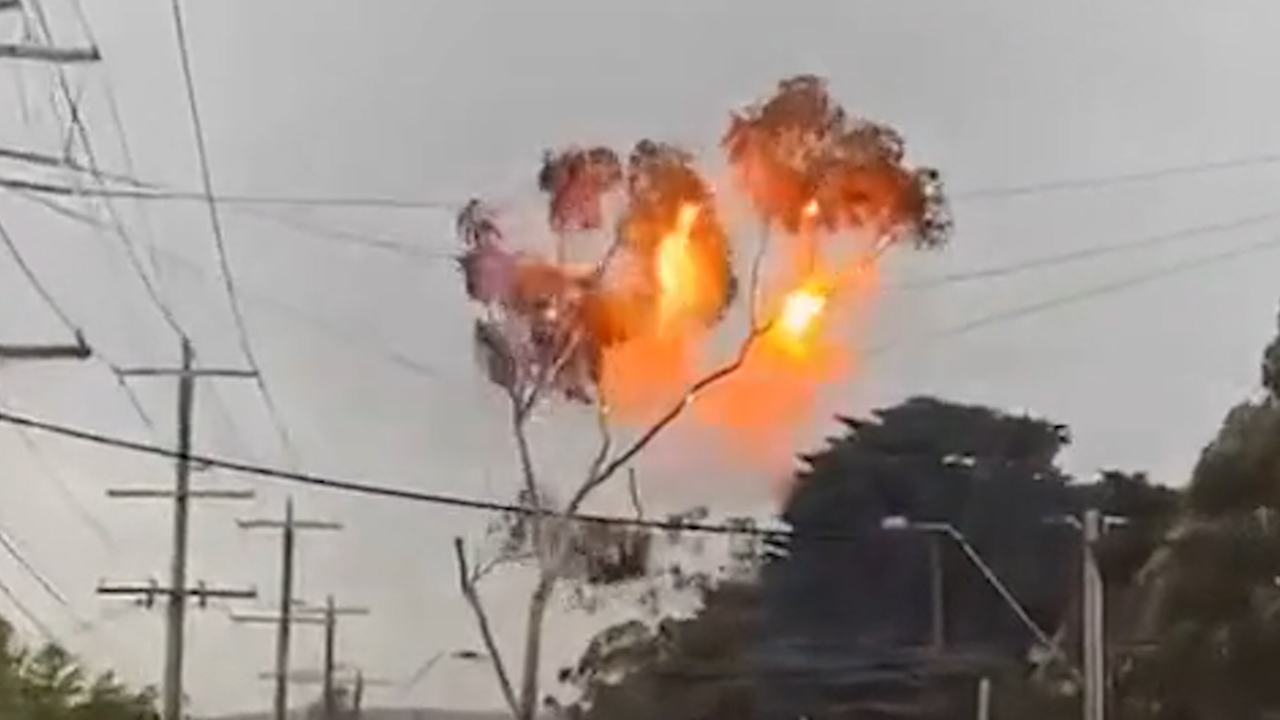 It is not known if there were any injuries as a result of the explosion.

A huge clean-up is underway after winds up to 146km/h destroyed homes, uprooting 100-year-old trees and knocking out power.

More than 5,000 people called for help while more than 100,000 homes were still blacked out this morning. 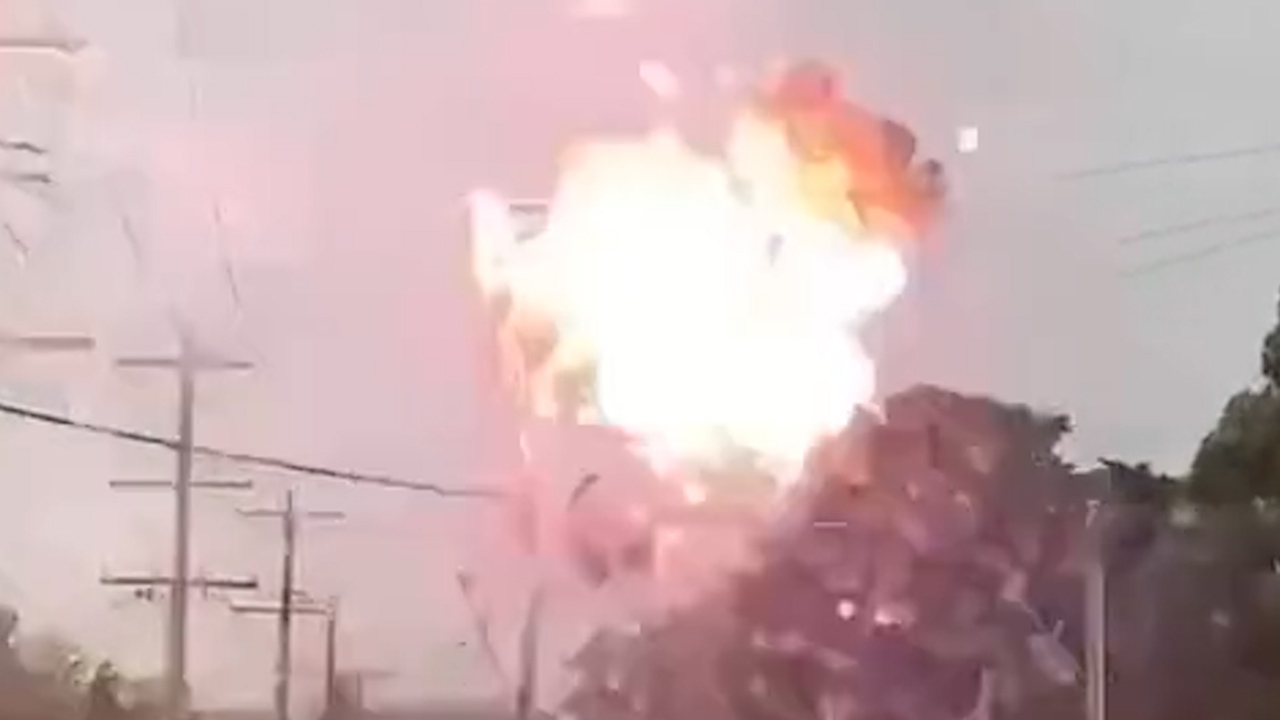 Authorities have said that wind gusts that strong have not been seen in over a decade.

Emergency crews have now focused their attention on a massive clean-up effort, which may take days.

Weather warnings are now over, with sunshine and showers and a high of 16C today.