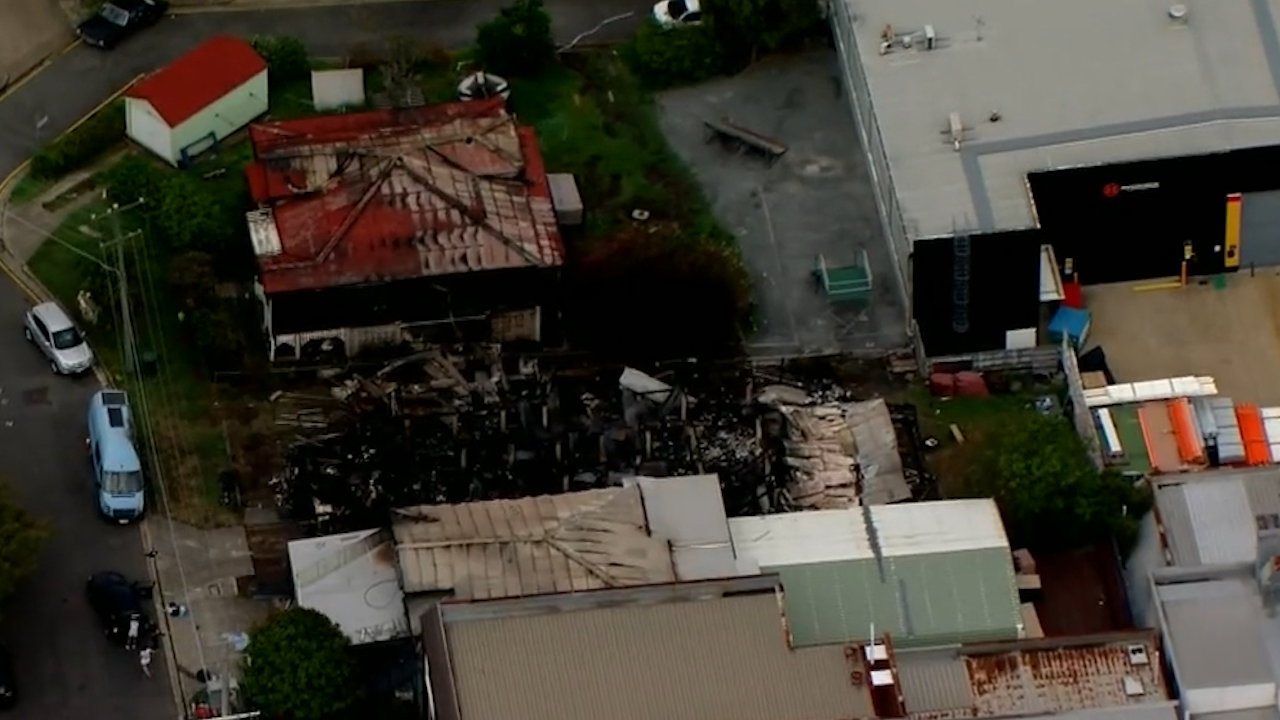 Dozens of people have fled a fierce house fire in Brisbane’s inner-north that destroyed three properties and left some residents homeless.

The inferno tore through the properties on Gore Street in Albion about 2.30am today, sending residents and up to 40 people at a Halloween party onto the streets.

“I grabbed my passport and got out of the house, that’s it,” one resident told 9News.

A pillar of smoke lit up in the bright orange glow as firefighters arrived on the scene.

“Our first response is always rescue of people and we believe that we have successfully ensured that everyone has been able to evacuate,” Queensland Fire and Emergency Services’ Craig Stolte told 9News.

The intense blaze left one home burnt to the ground and two cars singed. A neighbouring property was charred and unstable.

One neighbour, Alex Price, returned to find his bedroom in ruins. 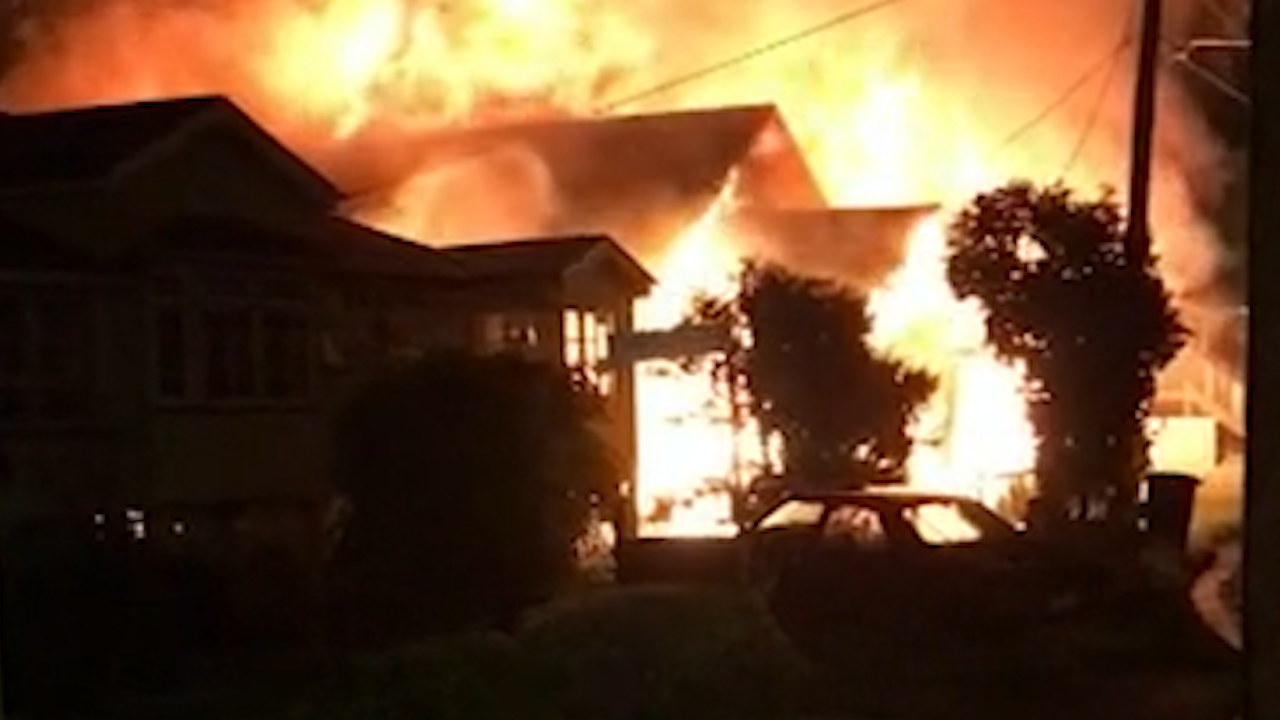 “I thought I would be coming home to find a few bits left to grab but I don’t think there’s going to be that,” Mr Price told 9News.

On the other side of the property, a Queenslander converted to a dance school also suffered significant damage.

Up to 40 people were at a Halloween party inside the dance school when flames erupted.

Party organisers say they heard two big bangs before what looked like a large bonfire burning down the side of the neighbouring property. 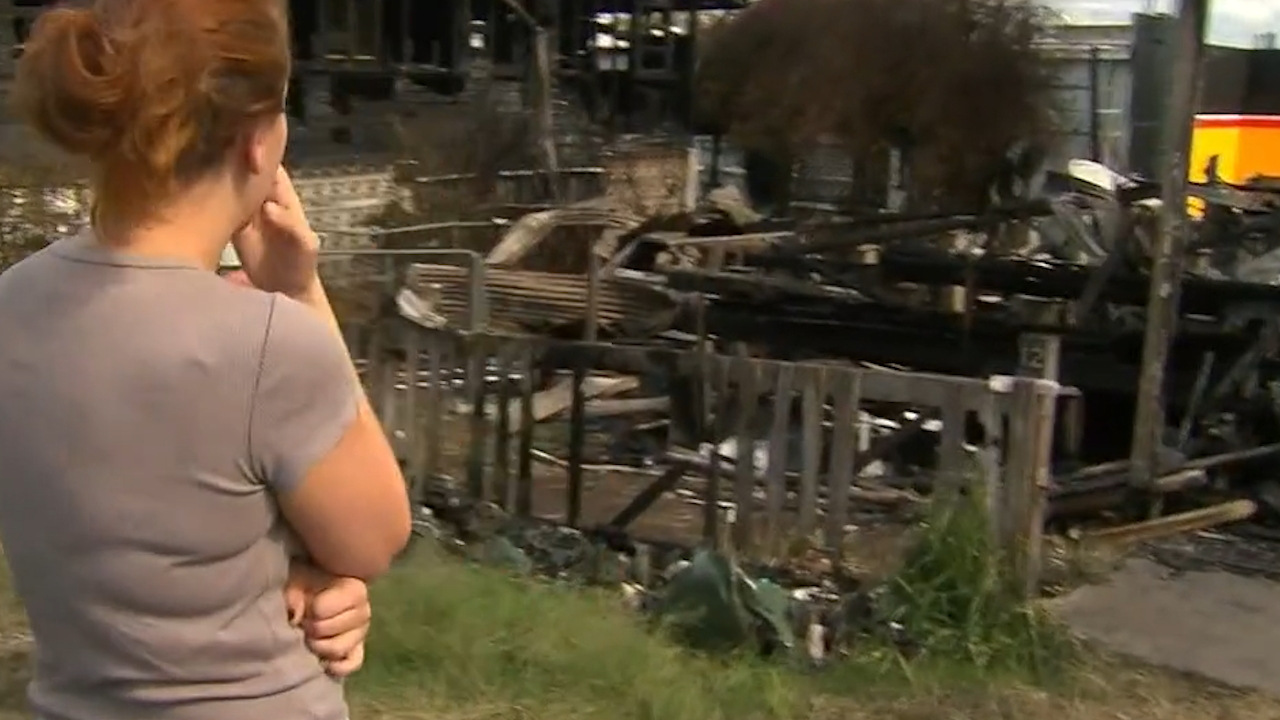 “We live upstairs, me and my partner and we lost everything,” resident Carlos Redondo told 9News.

“It’s too many losses at once.”

The blaze is being treated as suspicious.