Dog owners have been warned to keep a look out for the jellyfish, with vets saying ingestion can harm dogs.

The size of a 10-cent piece, the blue button jellyfish can cause stings, and discomfort to your dog if eaten.

They appear on beaches when north-easterly winds blow in.

Veterinary nurse, Raylee Harvey said one of her furry patients, Penny the two-year-old Groodle, suffered from a blue button sting after eating one on a beach in Tallebudgera.

“On her way here she was eating a towel trying to relieve what was going on,” Ms Harvey said. 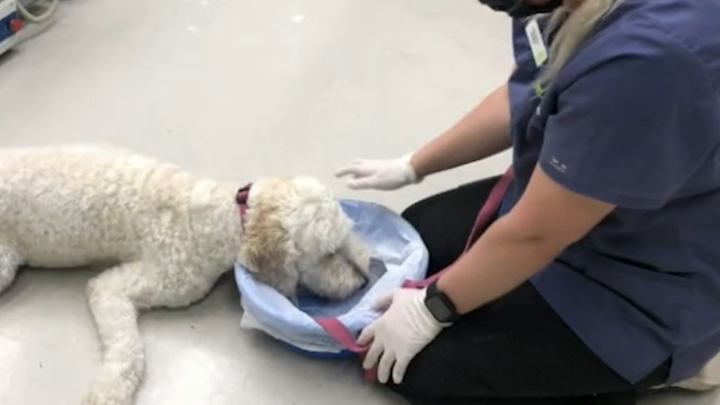 She added that the stings can be very uncomfortable for your dog, urging pet-owners to contact a vet straight away.

“That is the fatal part if we don’t get in and remove everything in time,” Ms Harvey said.

If your pet is stung by a blue button jellyfish, it’s important to gently remove the stinger, without rubbing, then rinse off the area and phone your vet.

Most stings are non-fatal but will cause irritation to your dog, with symptoms including licking and itching or nausea and vomiting.