‘These flights are flying full’: Why airfares are skyrocketing

One in five Australians unable to redeem airline flight vouchers

Australians snap up 'teaser' airfares in rush to travel 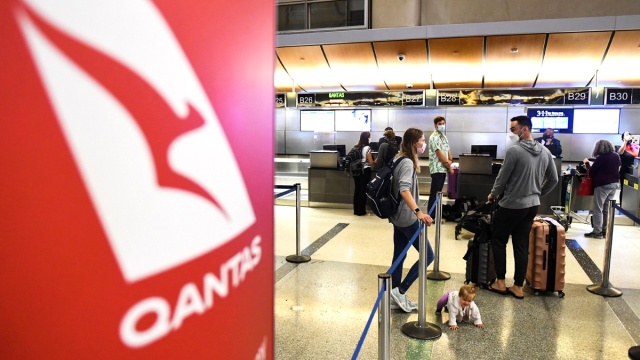 Qantas has unveiled a master plan to reduce service issues plaguing its operations over Christmas, revealing it will hold back one-fifth of its aviation capacity and spend $200 million on extra staffing.

Responding to criticism it overextended to cash in on the post-COVID-19 tourism boom, Qantas said on Thursday it would start reserving up to 20 of its planes to reduce cancellations and delays.

Qantas said that cancellations fell from 4 per cent of flights in August to 2.4 per cent in September – and (so far) in October just 1.7 per cent.

Chief executive Alan Joyce said the airline needs “a lot more operational buffer than it used to post-pandemic, given elevated levels of sick leave among staff and supply chain delays”.

“That means having more crew and more aircraft on standby and adjusting our flying schedule to help make that possible until we’re confident that extra support is no longer needed,” Mr Joyce said.

The national carrier will spend $200 million to next June on hiring more staff, training and paying overtime – amid concern thousands of workers it sacked during COVID have left it severely short-staffed.

News of the plan has been accompanied by a massive discounting drive across Qantas, QantasLink and Jetstar with up to one million domestic airfares set to be put on sale over the next week.

“Lots of the Jetstar fares are less than the cost of a taxi to the airport, while the Qantas fares, which come with checked baggage, complimentary food and beverages, free wi-fi and seat selection, are great value for those who can plan ahead,” Mr Joyce said.

It comes as analysts track a huge hike in airfare prices in the lead up to the Christmas holidays – with local and overseas routes affected.

He said many of the issues Qantas faced were out of its control, but that because public criticism has centred on the national carrier over other airlines, it was forced to respond.

“They overextended to satisfy the market, then got belted,” he told TND.

“Now they’ve said, ‘OK, we’ll hold people back’, [but] the people they’re holding back on contingency would have been doing scheduled flights.”

Mr Hansford warned that the decision to reserve flying capacity will put upwards pressure on airfares over the Christmas holidays.

“All this complaining means there are fewer flights available,” he said.

“When you have fewer flights, the prices go up.”