Get ready for a wet spring after BoM’s worrying prediction

‘Everything is gone’: Kentucky floods kill at least 28

Bureau of Meteorology signals end of La Nina, but it could be back soon

Wetter winter than usual forecast for many 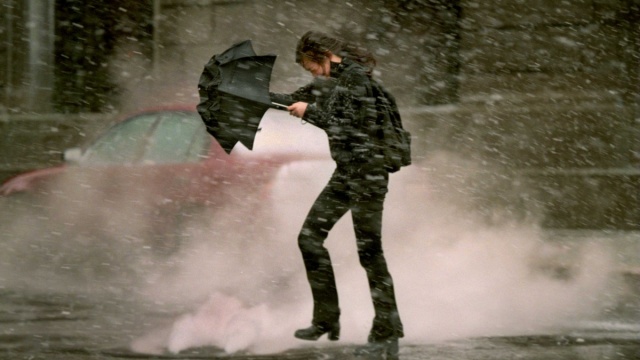 Millions of Australians are being warned to “listen to emergency services” as a powerful front brings dangerous winds, rain and storms to much of the country this week.

The Bureau of Meteorology issued warnings for NSW, Victoria and South Australia on Tuesday as the front – which has already pounded Western Australia with the strongest gusts in more than a decade – moved east.

Further alerts are likely to follow for other areas, including Queensland and Tasmania.

“This is the type of weather event that we only expect to see around once per year in southern Australia,” forecaster Weatherzone warned on Tuesday.

“Unfortunately, a deep low-pressure system passing to the south of Australia will cause more powerful winds over WA, South Australia, Victoria and Tasmania on Wednesday and Thursday. Once again, damaging wind gusts are likely in multiple states on these two days as the low gradually moves from west to east.

“A trough associated with this low-pressure system will also cause potentially damaging winds, heavy rain dangerous thunderstorms over parts of NSW and Queensland on Thursday and Friday.”

In Victoria, it is expected to be the most significant cold front of winter so far. State Emergency Service chief operations officer Tim Wiebusch urged Victorians to prepare.

“Ensure you listen to the advice of emergency services, and secure loose items in and around your home, park your vehicle undercover, away from trees and remain indoors until the severe weather has passed,” Mr Wiebusch said on Tuesday.

“As we are expecting heavy rain in parts of Victoria, it’s important you never drive through floodwater.

“It does not take much for your car to become unstable, lose traction or wash away. Attempting to drive through floodwaters may be the last decision you make.”

In the NSW and Victorian Alps, rainfall totals could top 100 millimetres. It is expected to fall as snow from Friday as the system collides with cooler air from the Southern Ocean.

More than 20 millimetres of rain is forecast for much of inland NSW, with up to 50 millimetres in NSW’s central-west and south-west slopes.

Winds of up to 125km/h are also expected in parts of Victoria, although the low is forecast to lose intensity as it moves east. It is likely to link up with tropical moisture to form a heavy band of rain that will sweep across the Murray Basin from Wednesday.

There have already been wild winds in WA, with Cape Leeuwin recording a gust of 137km/h at 10.02pm on Monday – its most powerful wind observation since 2013. Further north, Mandurah had a gust of 109km/h just before 3am on Tuesday – its strongest since 2012.

All those gusts were beyond the “damaging” threshold of 90km/h and equivalent to wind speeds in a category two tropical cyclone.

There is also a warning for coastal erosion from Albany to Geraldton as waves climb to up to 10 metres, with maximums of more than 15 metres.