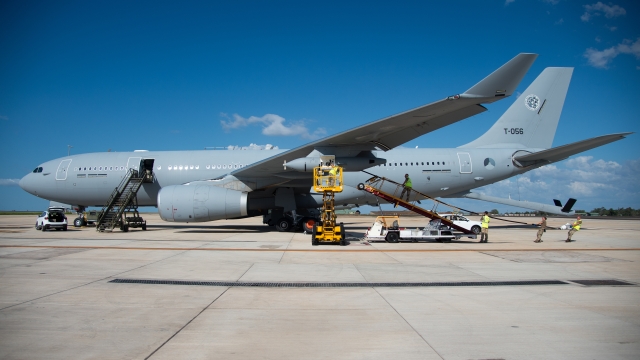 Flights in and out of Darwin International Airport are likely to be disrupted for more than a year as the Australian Defence Force undertakes runway maintenance works.

The main runway will intermittently close for 12 to 18 months, Darwin International Airport says.

The first closure is scheduled on October 25 for six hours from 2.30am, operations manager Rob Porter said in a statement on Tuesday.

The runway and airport, about 7km from the city centre in Eaton, in Darwin’s northern suburbs, are a shared civil and military facility with the Royal Australian Airforce.

The defence installation, called RAAF Base Darwin, is one of the air force’s main forward mounting bases and provides a support role for major exercises.

More than 10 military units are based on RAAF Base Darwin, including the US Marine Rotation Force Darwin Air Combat Element.

Darwin International Airport said about 2,000,000 passengers travelled through the facility in 2019.

The post Defence works to disrupt flights in Darwin appeared first on The New Daily.