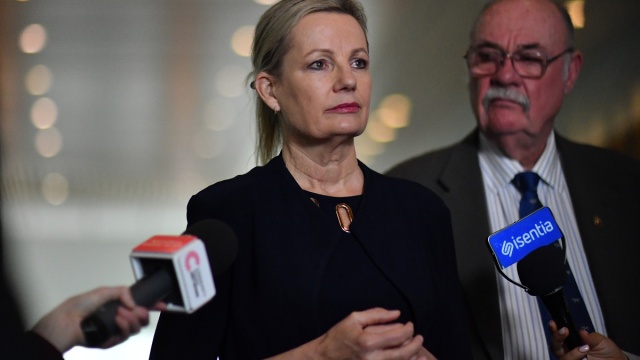 A bid by Sussan Ley to win back the Liberal Party’s electoral heartland with a debate on tax policy has degenerated into personal attacks with its new MPs, the Teal independents.

Ms Ley, the deputy Liberal leader, launched a campaign on Thursday to win back voters in the six metropolitan seats lost to independent challengers, saying “basic maths” showed they need to return to the Liberal fold if the party could ever form government.

On Thursday she was rolling out a strategy based on appealing to voters on stage three tax cuts, which she claimed a new group of independent MPs opposed to the economic detriment of their constituencies.

But things soon became negative when Ms Ley accused the new MP for Mackellar, former GP Sophie Scamps, of breaking an election promise to keep the stage-three tax cuts, and suggested she had deceived voters.

“Unfortunately, we’ve got a group of independents who are not here fighting for their communities.”

Dr Scamps recently said the stage-three cuts should be reviewed along with economic conditions closer to their taking effect in 2024.

Ms Ley accused the independent of not paying care to such nuances in May “when she was chasing [votes]”.

Dr Scamps, who won Mackellar with more than a 10-point swing against the Liberals, referred to Ms Ley’s record as a minister, including a travel expenses scandal that forced her off the frontbench.

“I won’t be taking advice from someone who had to quit as health minister for misusing taxpayer funds,” she said.

When health minister in the Turnbull government, Ms Ley was forced to stand down amid scrutiny of her travel expenses. They included trips to the Gold Coast around the time she purchased an investment property.

She repaid more than $3000 in money claimed that related to trips to the Gold Coast, and resigned from the ministry.

Ms Ley said that voters in Mackellar, which was once held by Bronwyn Bishop, deserved representatives who would stand up for their interests against a “sneaky” plan by Labor to retract the tax cuts.

Dr Scamps has reserved her position on the cuts, which overwhelmingly benefit those on incomes of $180,000 and above, until they take effect in 2024 when, she argues, economic conditions might be significantly changed.

“The fact is the Coalition’s economic mismanagement, including billions in rorts, has left us facing a cost-of-living crisis and spiralling national debt,” Dr Scamps said.

“My campaign was based on a promise to do politics differently by listening to my electorate,” she said.

“I am keeping that promise by consulting and listening to my community and economic experts.”

Ms Ley said the new class of independent MPs had made only marginal contributions to political debate and claimed they had resiled from sticking up for the tax cuts.

“It’s not about whether you like your new MP, but whether they’re capable of holding a bad Labor government to account,” she said.

But Ms Ley was criticised for launching the campaign in North Sydney – a seat held by another Teal independent, Kylea Tink, who endorses the tax cuts.

Ms Tink queried why Ms Ley was so far from her electorate of Farrer.

The positions of other independent MPs varies.

Allegra Spender, the MP for Wentworth, says tax policy cannot be considered in isolation to broader fiscal policy; Zali Steggall says they will come at the expense of infrastructure.

Treasurer Jim Chalmers said this week the cuts would not be changed in the coming budget.

Figures including Bernie Fraser and Rod Sims have called on the government to drop the cuts. They were legislated in 2019, five years before they are due to take effect.

The post Debate on tax gets ugly as Sussan Ley takes on Teal independents appeared first on The New Daily.