Journalists step in where platforms have no answers

‘Unprecedented moment’: Why Facebook is declining and what it means for social media

The brands spending big on digital ads as Christmas nears

Banks spent circa $50m on online ads in 12 months

How creators are changing media, branding and commerce in Australia 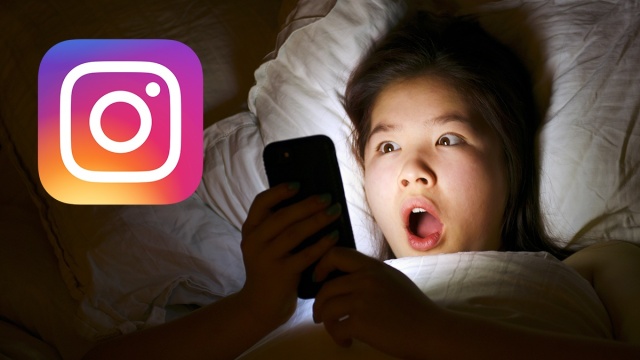 The adage ‘if it ‘aint broke, don’t fix it’ is a well-worn one for a reason, but it seems Meta didn’t get the memo when it comes to Instagram.

While some major changes to the company’s media-sharing app over the past month have been well received, others have left users scratching their heads in confusion.

A recent widespread trial signalled the platform is moving away from its roots, favouring vertical video content over traditional square posts.

Plus, the platform’s boss has announced that it would be implementing AMBER alerts — a feature used to alert the public of missing children — for users across 25 countries, including Australia.

TND takes a look at why Instagram’s proposed changes have caused frustration among users, and how the AMBER Alerts will be integrated into the platform.

Instagram’s new reinvented feed format had a frosty reception on social media, with users chosen for the trial expressing their disappointment online.

Instagram announced late last month that it was trialling a ‘visual refresh’ with a select group of users, with the reinvented features seemingly borrowing elements from video sharing app TikTok.

In what Instagram boss Adam Mosseri describes as a “new, immersive viewing experience”, media from posts is seen taking up more of each user’s screen.

And, when viewing square posts, the edges surrounding the image are filled by a blurred background.

And with the introduction of Reels in 2020 (short-form, vertical videos), it seems that Instagram pivoted towards becoming a video-sharing app.

It’s a move possibly motivated by TikTok’s growing presence — which has been the most-downloaded mobile app for two years running.

But while the transformation might make make sense money-wise, it seems to be frustrating the users stuck with the new format.

One frustrated user called it “the death of photography on the platform”, and another said it was “so awful I want to quit Instagram”.

It’s not the first time Instagram has borrowed ideas and concepts from another platform.

Instagram was the first platform to not-so-subtly borrow Snapchat’s ‘Stories’ concept back in 2016.

The change appeared to leave Snapchat in the dust, the app observing a gradual decline in daily active users, while Instagram’s continued to skyrocket.

Users will have to wait and see whether their online furore is enough to stop Meta and Instagram from rolling out the new format to the rest of its users.

The TikTok similarities don’t stop there. Instagram has also announced it is extending its Reels duration to 90 seconds, as well as giving users the ability to ‘pin’ posts in their feeds.

Plus, Instagram is currently trialling a new change to its Stories mechanics.

While users are still able to post up to 100 stories on their account at one time, viewers with the update are shown three of their stories when browsing, and are told to they need to press ‘Show All’ if they want to keep watching.

Meta recently confirmed that it would be expanding its Facebook AMBER Alert (‘America’s Missing: Broadcast Emergency Response’) feature to Instagram users across 25 countries.

With over 38,000 missing persons reports received by Australian police every year, the new feature could prove to be a useful tool.

First implemented in the United States, the alerts, used to send information to users in a specific location who may be able to help locate missing children, have since gone global.

Queensland became the first Australian state to implement a version of AMBER Alerts in May 2005 — shortly after they were introduced in the US.

Other states joined in when Facebook launched its AMBER Alert program in 2017, in conjunction with the Australian Federal Police.

Through Facebook’s system, users scrolling down their timeline receive an alert with an image and details of the missing child – which they can either use to contact emergency services, or share to their networks.

Mosseri told his followers that its AMBER Alerts would be displayed in a similar fashion.

“As you are scrolling your feed, if there’s an AMBER Alert in your area, you will see that in your feed,” he said.

“One of the reasons we think this is compelling is that we can include an image, which you can’t include in an Amber Alert that shows up as a text.”