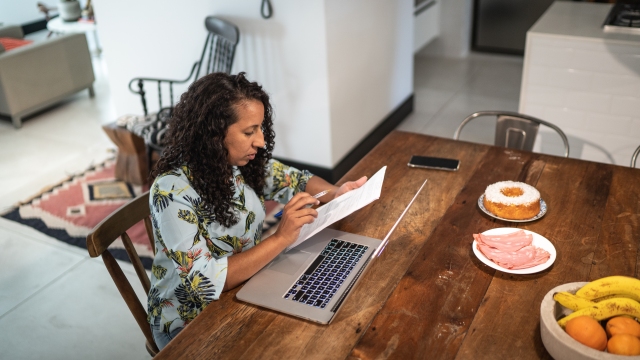 With the cash rate sitting at 2.6 per cent many home buyers are wondering how they can survive in the new world.

Mortgage rates have crept up to at least 4.33 per cent from as low as 2.3 per cent earlier in the year, and they are likely to keep climbing as the RBA fights inflation.

“I think the RBA will probably push rates up another 0.25 per cent in November then give us a reprieve over Christmas,” said Angela Jackson, chief economist with Impact Economics.

“Then they’ll get the reads on the data over December and January and decide on their next move,” Dr Jackson said.

The banks themselves are feeling bolshy with the big four expecting to see the cash rate between 3.1 per cent and 3.6 per cent in 2023, before they start to come off again.

That paints a grim picture for some who bought into the boom in recent years and hoped that RBA governor Phil Lowe’s prediction of no rate rise till 2024 would come true. Not only could those people be facing monthly mortgage rate rises of almost $1000 by December, they are already seeing housing price falls that squeeze their equity.

“Already prices in Sydney have fallen about 7 per cent and in Melbourne the figure is around 5 per cent,” said Angie Zigomanis, principal of property advisory Quantify Strategic Insights.

There is a consensus in the market that prices could fall at least 10 per cent, Mr Zigomanis said.

Once upon a time if you felt rates would rise then you could go for a fixed rate loan to get some respite. But Steve Mickenbecker, chief commentator with Canstar, says that is not an attractive move now.

“Fixed rate loans can be as much at 2 percentage points higher than variable at the moment, so you would have to think rates were going to rise a long way and quickly to justify going fixed,” Mr Mickenbecker said.

What should struggling mortgagors do?

“Go to a mortgage comparison site and find what are the cheapest rates out there,” said Robert Goudie, prinicipal of Consortium Private Wealth.

“If that’s a cheaper rate than what you’ve got then go to the bank and negotiate,” Mr Goudie said.

If you have had your home loan for some time, then you might be pleasantly surprised about the deal you are able to get.

Mr Mickenbecker says some people are sitting on packaged loans offered by the big banks five year ago or more that have interest rates  as high as 5.7 per cent, 1.37 percentage points above the average variable loan today.

Those deals should be easily renegotiated, but if you are on a deal that is just a little above 4.33 per cent then it maybe tougher to get a good deal.

“If your bank won’t play the game then refinance, because there are a whole range of banks and brokers out there that are happy to take your business,” Mr Goudie said.

Once refinancing was a difficult proposition because steep fees on taking out new loans made it unattractive. However, eager lenders have found ways around this.

“Lenders will actually give you cash back to refinance,” Mr Goudie said.

That cashback can be as high as $3000 per deal and can offset other fees for establishing the loan.

“So refinancing is not as scary as it used to be,” Mr Goudie said. “These cashbacks can actually leave you a bit of money to pay off your debt.”

If you are really concerned about repayments you may be able to get a longer term on your refinancing, but remember that means you pay more interest over time.

“It has you in the bank’s pocket for longer,” Mr Goudie said.

“They are OK for investors, but for home loans you wake up in five years and you still owe the debt,” Mr Mickenbecker said.

If you do go interest-only keep an eye on things and go back to principal and interest as soon as you can afford it to ensure you aren’t left with a big debt late in life.

If you are having difficulty paying off your mortgage as rates rise then the old standard of working out a budget and sticking to it is an important action, Mr Goudie says.

“Break down your budget into your pay cycle, work out what your ongoing costs are and put those aside every week or fortnight. Work out your fixed costs like insurance, rates and general living costs, and put these aside each fortnight,” Mr Goudie said.

“We’ll see some more softening but interest rates aren’t at a point now where we are going to see widespread distress and people selling at a loss.”

The post Dealing with a world where mortgage rates are rising and house prices are falling appeared first on The New Daily.