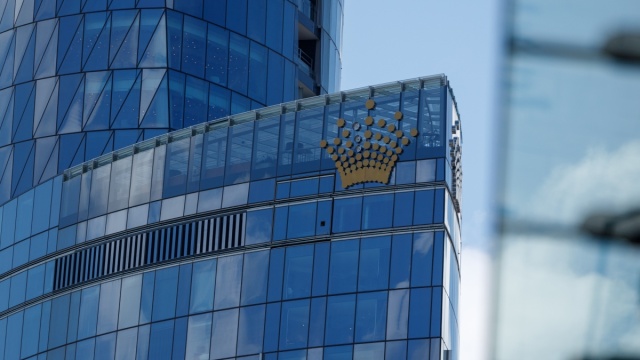 Gaming group Crown has been given the green light to finally open the casino in its luxury skyscraper overlooking Sydney Harbour.

But the approval by the NSW Independent Liquor & Gaming Authority for the gaming operations inside Crown Sydney’s Barangaroo complex is conditional for between 18 months and two years.

“Crown has rebuilt its gaming model from the ground up, which has meant deep structural change around governance, anti-money laundering measures and corporate culture,” regulator chair Philip Crawford said on Wednesday.

“After more than one year’s work with Crown, the authority is pleased to have reached a stage where Crown can open its casino operations on a conditional basis.”

The time frame will allow the authority to monitor changes made at Crown Sydney and ensure they are “embedded” in the business.

The regulator will then consider giving full approval to the casino.

It’s a step forward for the once-listed Crown, which is being taken private by US investment firm Blackstone after a successful $8.9 billion takeover was ticked off earlier this month.

But Blackstone had to demonstrate it could deliver on the NSW regulator’s proposed reforms to keep the Sydney casino free from criminal influence.

Crown has been prevented from opening the casino in its $2.2 billion dining and hotel tower in Barangaroo to gaming patrons for more than a year.

The opening was at first delayed and then blocked after an inquiry led by former Supreme Court judge Patricia Bergin found Crown was not fit to operate a casino.

Mr Crawford noted the Bergin inquiry highlighted the scale and scope of issues to be remediated by Crown, with potentially billions of dollars having been laundered through its casinos.

“With a complete clean-out of the board and senior executive, Crown has made significant progress and has agreed to ongoing work to regain its casino licence,” he said in a statement.

The regulator has also approved Blackstone’s suitability to hold a casino licence in NSW.

Blackstone officially takes over as the new owner of Crown on Friday.