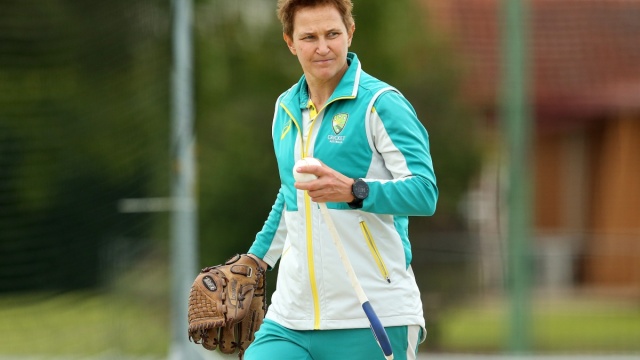 Australia’s all-powerful women’s cricket team is weighing up whether to march at the Commonwealth Games opening ceremony.

The T20 team, one of Australia’s best gold medal prospects at the Birmingham Games, is torn between the sense of occasion and the practicalities of its schedule.

T20 women’s cricket will make its Games debut and it will be only the second time the sport has been played in the event, following the men’s 50-overs tournament in 1998.

The opening ceremony will not finish until about 10.30pm on Thursday night and Australia starts its Games campaign the next morning at 11am.

Did someone say starstruck?! 🤩

Its game against India is expected to attract a massive crowd at Edgbaston.

Avoiding COVID-19 is also a major consideration for the Australian cricketers.

“That’s a work in progress. There have been some discussions around that and we haven’t reached a spot on that yet,” Australian coach Shelley Nitschke said of the opening ceremony.

“Some of them have spoken about it and there are ongoing discussions.”

🇮🇳🏏 𝐀𝐋𝐋 𝐓𝐇𝐄 𝐁𝐄𝐒𝐓, 𝐆𝐈𝐑𝐋𝐒! Led by @ImHarmanpreet, India is all set to compete in the Commonwealth Games for the first time ever.

The Australian women are in the midst of a special era and they are determined to add a Commonwealth Games gold medal to their trophy cabinet, which is full to bursting.

“It’s big motivation. It’s the first one, it’s something new for us,” Nitschke said.

“We’re really keen to put our best foot forward and hopefully add a gold medal to the mix.

“It’s important and the girls are excited about it.”

While the Australian team is dispersed in different accommodations, the cricketers are well aware of their place in Games history.

“They’re all really honoured to be part of the first T20 women’s (tournament) at the Commonwealth Games,” Nitschke said.

“It’s got a special place. We play World Cups and Ashes and things like that, which are very important, but this is something a little bit different, to be involved in the first one.

“It has a lot of significance for us.”

We've got our sights on gold as we head into @birminghamcg22 but host nation England won't be an easy feat 💚💛🇦🇺https://t.co/M6o5JeIWsB

But when it comes to the competition itself, there is a strong sense of getting on with business for the Australians.

“It’s T20 cricket, which we obviously play a lot … our preparation will essentially remain the same,” Nitschke said.

“We expect a decent crowd there on Friday against India … but in effect, our preparation stays reasonably similar to what we do in the big tournaments.