Victoria has recorded 1173 new COVID-19 cases and nine deaths for the past 24 hours, as Premier Daniel Andrews acknowledged the state’s health system remained under “significant pressures”.

Mr Andrews was speaking this morning amid reports Ambulance Victoria was about to issue a ‘Code Red’ alert as the service struggles to cope.

It is part of a $44 million package to help traders in the city hit hard by pandemic lockdowns.

More than 200,000 rebates would be offered for customers who dined at restaurants, cafes and bars in the Melbourne CBD on Monday, Tuesday, Wednesday and Thursday.

“People came streaming back, it was a great racing weekend at Flemington.”

“We know we’re open and we’re going to stay open,” she said. 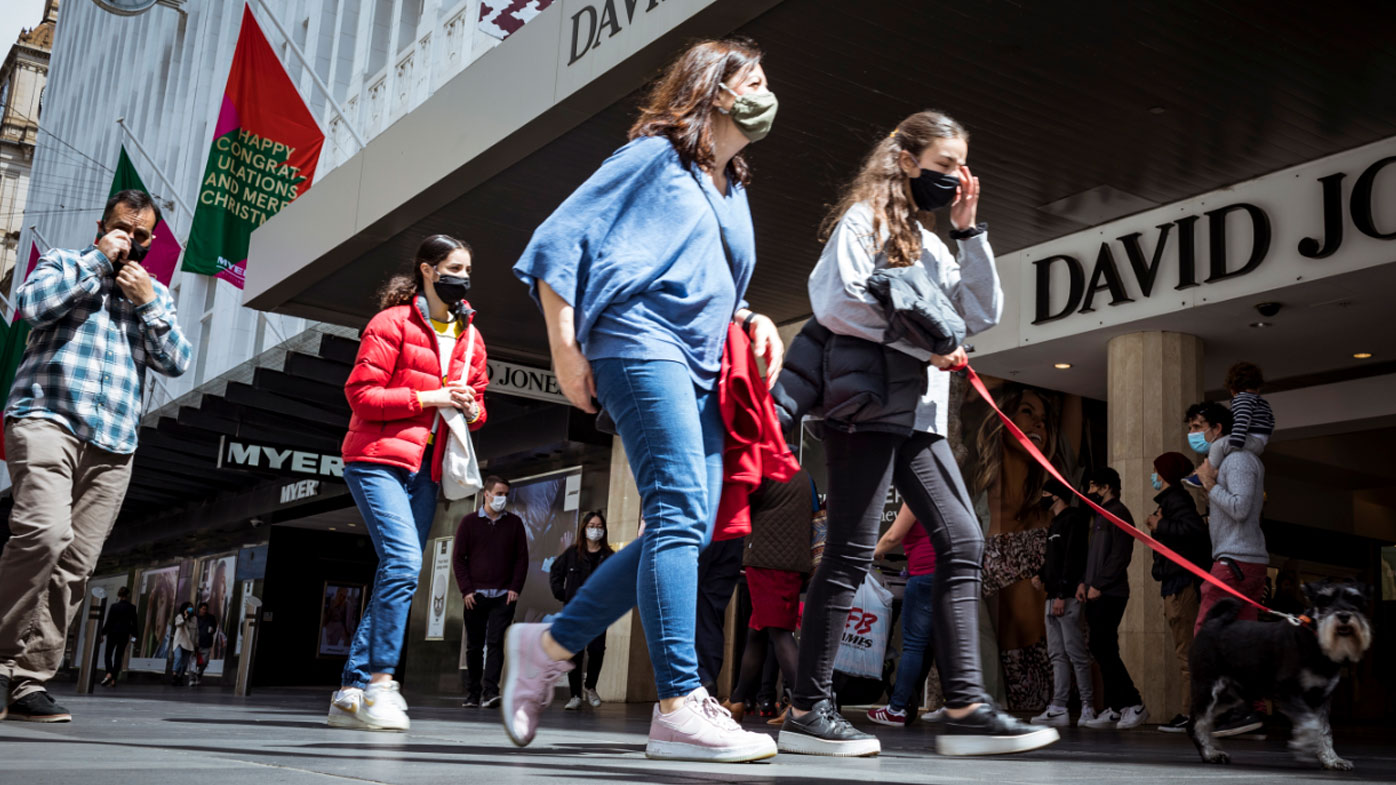 The new funding announced on Sunday will include $15.7 million to boost the city’s events with an expanded Christmas Festival two weeks early than usual.

GPs, pharmacies and state-run hubs — including drive-through clinics — are all doing vaccinations with AstraZeneca, Pfizer and Moderna. You can make a vaccination booking here

The milestone was celebrated in a video posted by Prime Minister Scott Morrison.

“How good is that?” the prime minister said.

“Ninety-nine percent of Australians aged over 70 have had a first jab, and 90 per cent have had a second.