Germany‘s national disease control centre has reported a record-high number of new coronavirus cases as one of the country’s top virologists warned that another lockdown would be needed if vaccinations do not quickly accelerate.

“In Germany, I must say unfortunately that our vaccination rate isn’t high enough to prevent the fast spread of the virus,” she said.

The 39,676 cases registered by the Robert Koch Institute on Wednesday surpassed the previous daily record of 37,120 new cases reported Friday.

The institute said Germany’s infection rate rose to 232.1 new cases per 100,000 residents over the past seven days.

“We have a real emergency situation right now,” Christian Drosten, the head of virology at Berlin’s Charite Hospital, said regarding the situation at many hospital intensive care units across the country. “We have to do something right now.”

Government officials have repeatedly said they do not intend to impose lockdowns and have instead appealed to residents to get vaccinated.

Germany currently has a caretaker national government following a September election. The parties that are expected to form the next government plan to introduce legislation this week that would allow a declaration since March 2020 of an “epidemic situation of national scope” to expire at the end of the month and provide a new legal framework for instituting coronavirus measures.

As during other periods of the pandemic, the country has a patchwork of regional rules. Most places restrict access to many indoor facilities and events to people who have been vaccinated against the virus, have recovered from COVID-19 or recently received negative test results – with the latter category now excluded in some areas. However, the rules are often laxly enforced.

Merkel pushed for a meeting between the federal government and Germany’s 16 state governors, who are primarily responsible for imposing and lifting restrictions, “as quickly as possible” in order to ensure “harmonious” measures across the country. She said those include stepping up booster shots.

Several hospitals have said in recent days that they are again working at their limits and have ICUs so full of COVID-19 patients that they cannot admit new patients at the moment.

Berlin’s Charite said Tuesday it had to cancel planned surgery due to the number of staff members caring for people with COVID-19. Authorities have said most of latest patients are unvaccinated.

About 67 percent of Germany’s population of 83 million is fully vaccinated, according to official figures.

Unlike in some other European countries, the government has balked at making vaccines mandatory for any professional group. Merkel noted that health officials have said a rate of below 75 percent means “exponential growth with too much occupancy of intensive care beds.”

READ MORE: Extradition of Australia’s most wanted man to begin after recapture 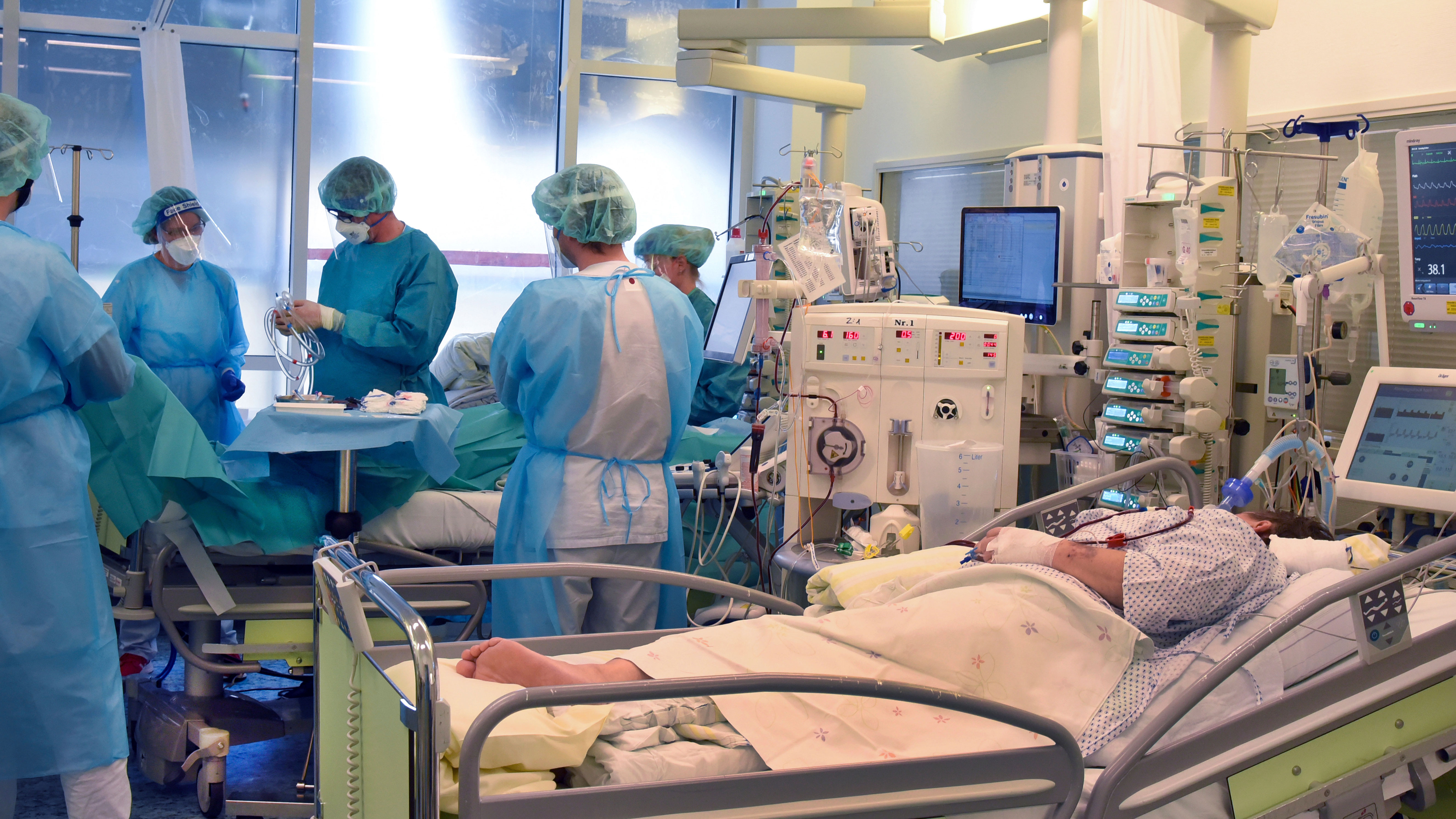 Since the start of the pandemic, 96,963 deaths related to COVID-19 have been reported in Germany.

The country’s standing committee on vaccinations published a new recommendation Wednesday advising that all people under age 30 received only the Pfizer-BioNTech vaccine.

The Stiko said the recommendation was based on recent analyses showing that a rare side effect, heart and chest inflammation, was observed more frequently in under-30 recipients of the vaccine made by Moderna than those who had the Pfizer-BioNTech shot.

The side effect appears to be rare, and in most cases people recover without any problems.