A new Chinese aircraft carrier with technology nearly equalling the capabilities of its US counterparts could be launched as soon as February next year, according to an analysis of satellite imagery by a Washington-based think tank.

In images provided by Centre for Strategic and International Studies (CSIS), the carrier – known only as the Type 003 – can be seen on the edge of completion on October 23, in the Jiangnan shipyard in Shanghai.

The installation of major external and internal components, including power plants and the aircraft launching system, appears to either be finished or on the verge of completion, CSIS said.

Only a few additional items – such as radar and weapon systems – remain to be installed before the vessel can slip into the Yangtze River, the analysts added.

“Based on available information and observed progress at Jiangnan, the authors estimate that the Type 003 will launch in roughly three to six months,” CSIS said in a commentary published November 9.

Once it is ready, the ship will be China’s third aircraft carrier and its second to be domestically produced.

But unlike its sister ships, the Liaoning and the Shandong, experts said the Type 003 will feature more advanced aircraft launching technology, along the lines of the catapult system used by US aircraft carriers.

The new launchers will allow China to launch a wider variety of planes from the Type 003 faster and with more ammunition.

Matthew Funaiole, senior fellow at the CSIS’s China Project, said the Type 003 would be the Chinese military’s “first foray into a modern aircraft carrier.”

“This is a pretty significant step forward,” he said.

“They’ve really committed to building out a carrier program, and they continue to push the boundaries of what they’re able to do.” 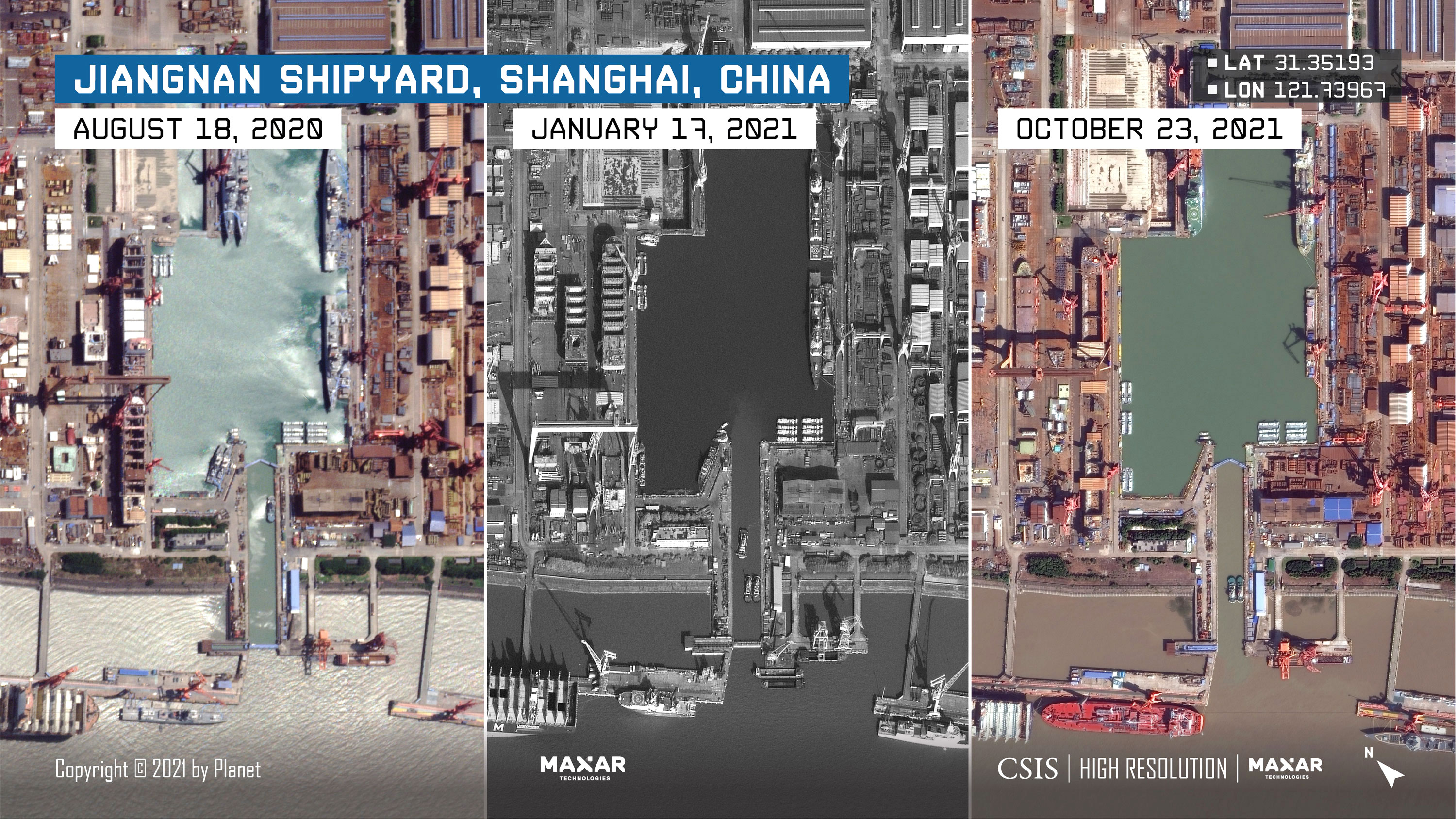 China now wields the largest naval force in the world, and aircraft carriers are the core vessels of any major power’s fleet.

The massive ships are essentially a mobile airbase, allowing for the rapid, long-term deployment of aircraft and weaponry to a combat theater.

But their value isn’t solely in terms of combat capability, Mr Funaiole said.

They also have great worth in terms of diplomatic prestige and “power projection.”

And the symbol of US naval power internationally is its fleet of aircraft carriers, Mr Funaiole added.

China’s first aircraft carrier, the Liaoning, was an unfinished Soviet-era vessel that Beijing bought from Ukraine in 1998, updated and finally commissioned in 2012.

The Chinese military used the technological knowledge it gained from that vessel to build its first domestically constructed carrier, the Shandong, which entered service in December 2019.

But although China’s two initial aircraft carriers increased its naval power, their capability was still far behind the US, which has a total of 11 of the vessels in service.

In addition, both the Liaoning and the Shandong were based on outdated Soviet technology.

Those two carriers used the ski-jump launching system, where planes would simply take off from a slight ramp, while US carriers use a more advanced catapult system to launch their aircraft.

Aircraft launched by catapults can get airborne quicker and with greater quantities of fuel and ammunition, giving them an advantage over planes launched by ski jump, which rely on their own power when lifting off.

The Type 003 appears to have the same catapult technology as the US, Mr Funaiole said, and may even have advanced to using electromagnetic launchers – skipping the steam-based launch systems still used on all but the newest of US ships.

With the new launch system, China can field a new mix of aircraft at sea, including airborne early-warning and control craft, tankers and electronic-jamming planes.

A US Congressional Research report in October said the Type 003 was expected to have a displacement of around 100,000 tons, comparable to a US carrier of the same class.

However, despite the advanced launch system, Mr Funaiole said there are still signs the Chinese carrier lags behind its US counterparts, which have more catapults, a larger airway and more elevators to allow for quicker deployment of aircraft.

All US aircraft carriers are also nuclear-powered, while the Type 003 is believed to run on conventional steam propulsion, which Mr Funaiole said would limit its reach.

“(Although) this may be less of a factor for China right now as many of its interests are in the near seas,” he said. 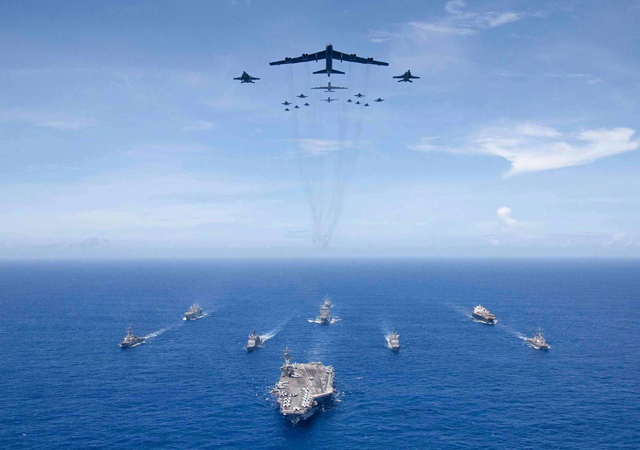 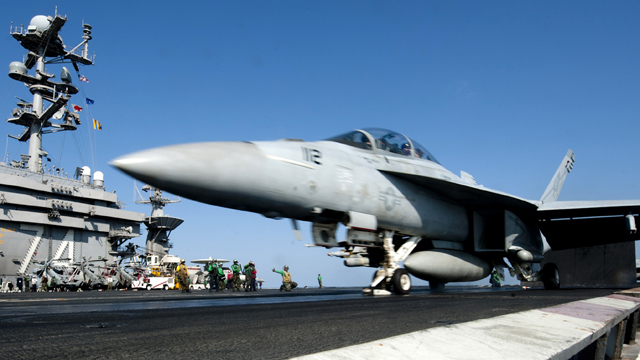 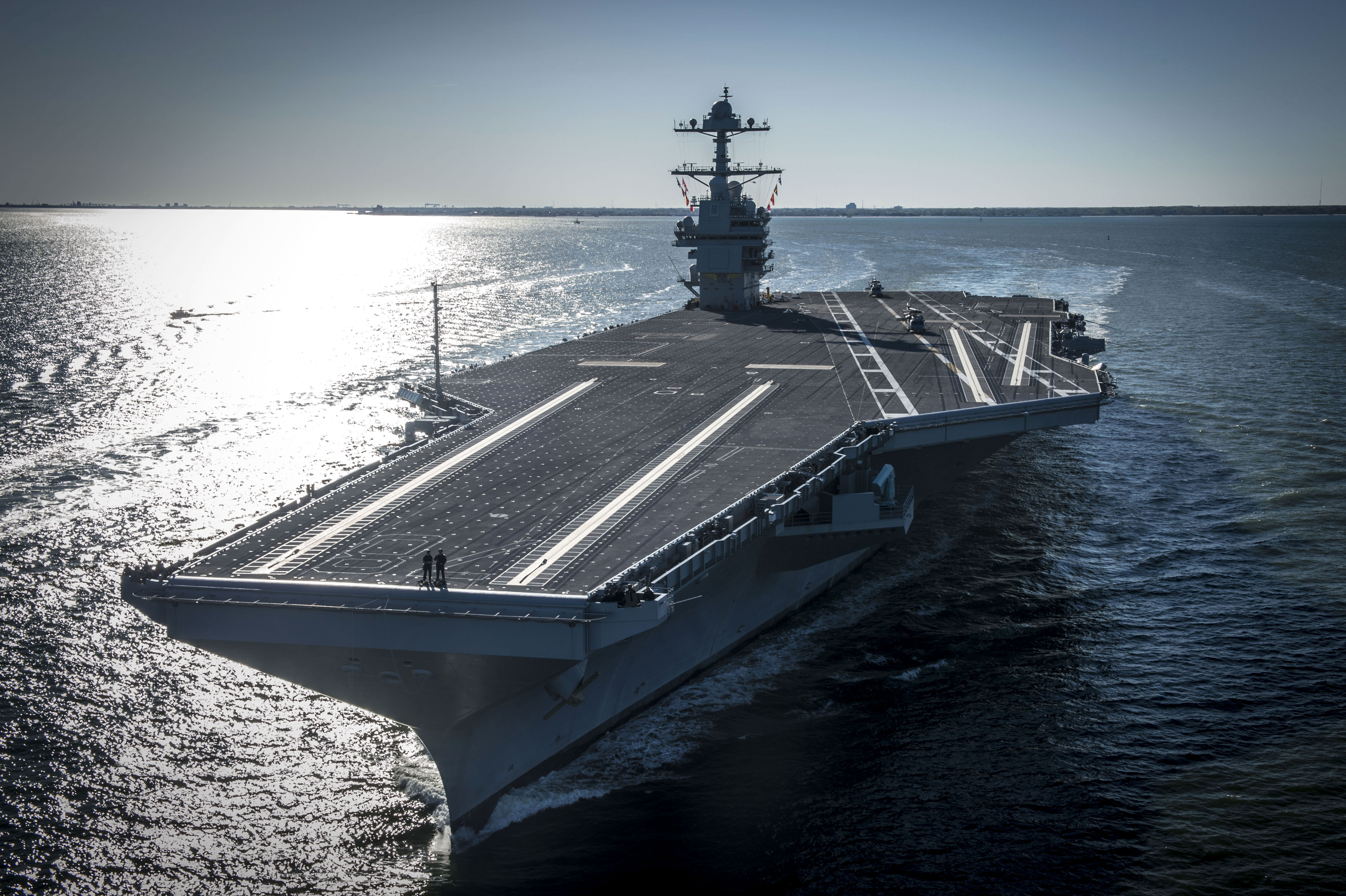 According to analysts, there is one major factor that will enable the US fleet to remain superior to China’s for the foreseeable future: practice.

The US has been operating aircraft carriers both in combat and peacetime since before World War II, and has a wealth of experience in crewing the ships and integrating them with the rest of its navy.

“We’ve been at carrier operations for generations on generations and we have a number of different operators and engineers and technicians that have worked on them, that can pass that knowledge on to those who come after them,” Mr Funaiole said.

In comparison, China has only operated aircraft carriers since 2012 and that experience gap isn’t “something that you can just jump forward,” Mr Funaiole added.

Alessio Patalano, professor of war and strategy at King’s College in London, said modern aircraft carriers have “incredibly complex capabilities” and developing the technology is a long way from using it effectively.

“This complexity is the result of both the difficulty to develop and harmonise technologies to operate air wings from a moving platform, and from the challenge of constructing a ‘group’ of warships to support and protect it,” he said.

China also has little experience in fielding the right mix of support vessels in what the US Navy calls a carrier strike group.

These include destroyers and frigates to provide defense against attack from submarines and from the air as well as having ships to service and supply the combat vessels that form the strike group. 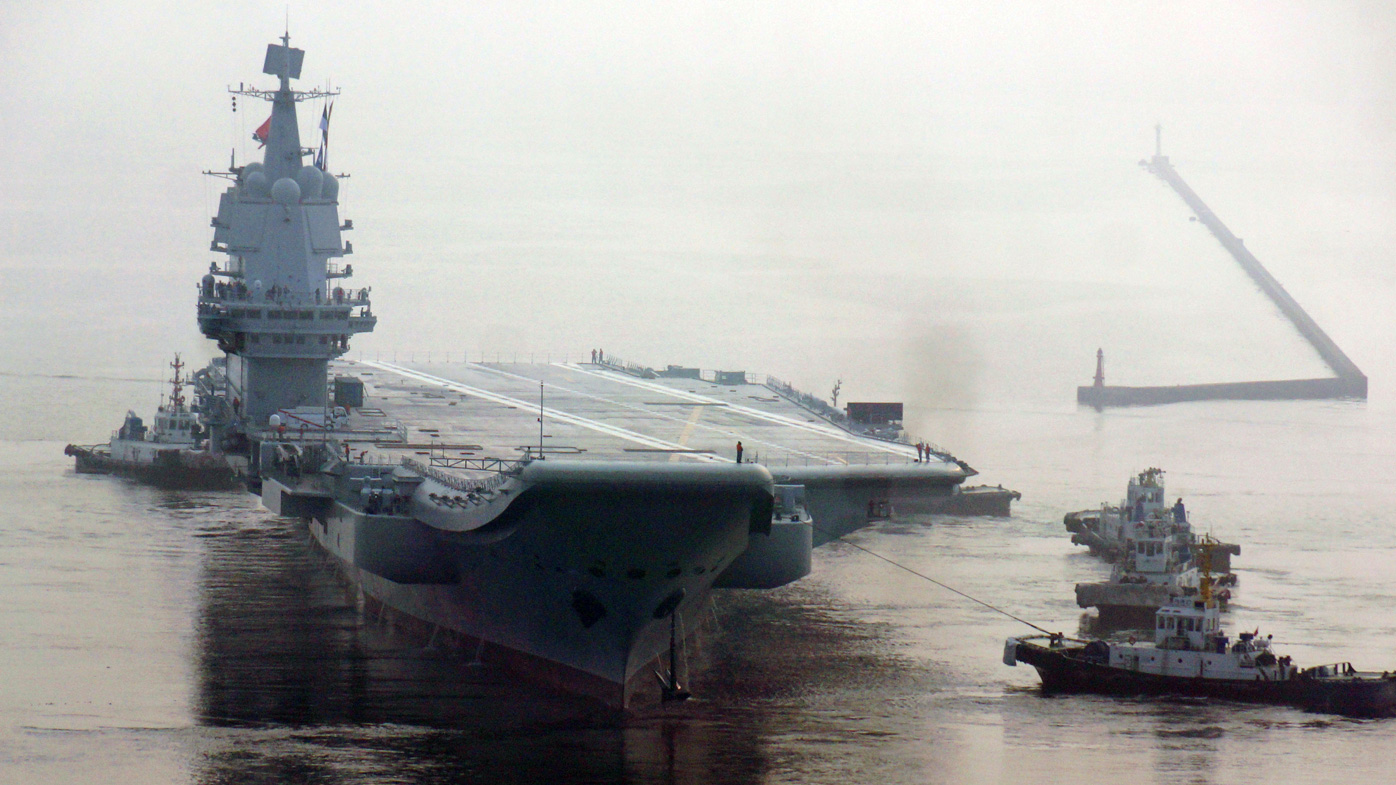 Getting the latest technology

Once the Type 003 is launched, it will need to be tested and fully outfitted before it is fit to be commissioned and officially enter service.

Initially the US Department of Defence had estimated the Type 003 would be ready for active service by 2023, but it has now pushed that date back to 2024.

The Shandong aircraft carrier also took two years from launching in 2017 to when it finally entered service in 2019.

Moreover, if the Type 003 carrier is using electromagnetic launching technology for its catapults, it could struggle to operate them.

Even the US has had difficulty utilising the same system on its latest carrier, the USS Gerald R. Ford, leading to lengthy deployment delays.

Then there’s the question of the latest aircraft for the new carrier.

“The challenge in judging a carrier program is looking beyond the ship’s construction,” said Carl Schuster, a former director of operations at the US Pacific Command’s Joint Intelligence Center.

With several years of the development of the J-31 remaining and then forming a deployable air wing after that, Mr Schuster estimates it will 2026 before the Type 003 will be fully operational.

Mr Funaiole said there is no sign yet of construction on a fourth Chinese carrier, although there were rumors one was either being developed or built.

“I haven’t seen any visual evidence of it,” he said.

In fact, overall, Mr Funaiole said the Jiangnan shipyard was showing evidence of a switch away from the rapid pace of military shipbuilding seen in recent years.

Satellite images appeared to show a renewed focus on commercial ship orders – including cargo ships and oil tankers – rather than churning out new vessels for the People’s Liberation Navy.

But Mr Funaiole said rather than slowing China’s naval development, the commercial building might be aiding it.

“(This) massive push for commercial production is valuable,” he said.

“That generates key revenue and some of that revenue probably helps boost that military modernisation.”