China is scrambling to contain its most widespread COVID-19 outbreak since the first wave of infections that began in Wuhan in 2019.

Though subsequent flare-ups have seen higher total case numbers, this outbreak has spread the furthest, with 19 of China’s 31 provinces, more than half the country, reporting cases since the outbreak began in mid-October, according to the National Health Commission (NHC).

About 500 cases have been reported nationwide since the outbreak began, according to state-run tabloid the Global Times.

The number may seem small compared to other countries in the West, many of which are still reporting tens of thousands of cases each day.

But it’s massive for China, which has stuck to its “zero-COVID” approach, including tight border controls and lengthy quarantines for international arrivals.

This approach, which aims to stamp out the virus completely within China’s borders, means even a handful of cases are viewed as a dire threat.

The ongoing outbreak began on October 16, when infections were detected among a tour group of fully vaccinated senior citizens from Shanghai travelling in northern China.

Cases quickly ballooned and spread across northern provinces; by the following week, officials from the National Health Commission warned of “multiple scattered local outbreaks” in the north and northwest that were “expanding rapidly.” 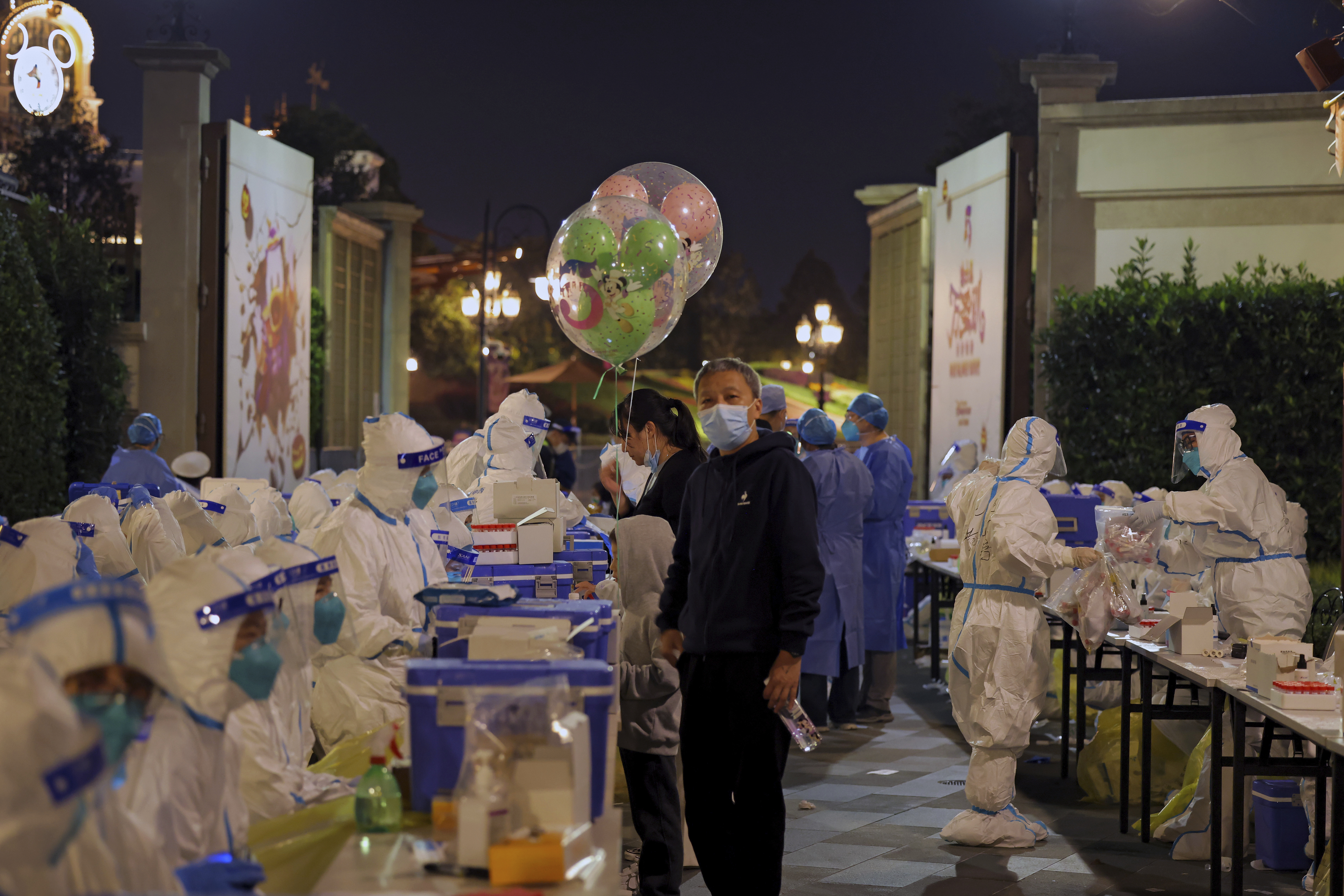 READ MORE: Remains found in Colorado mountains believed to be of hiker from 1983

Officials banned cross-provincial tours across the affected regions. In one popular tourist destination, all residents and tourists were forbidden from leaving their homes.

The capital Beijing tightened entry restrictions into the city, and punished rule-breakers by placing them in criminal detention.

Several cities, including Lanzhou, which has reported several dozen cases, have been placed under lockdown, affecting millions of residents in total.

But the virus spread rapidly anyway, raising questions about the sustainability of zero-COVID, as well as the efficacy of China’s emergency responses, as outbreaks arrive more frequently for longer durations.

China’s first-ever outbreak, at the start of the pandemic in Wuhan, had largely been brought under control by March 2020, with cases staying low for the rest of the year.

Though there were occasional flare-ups, these were quickly contained as well; by the end of the year, much of daily life had returned to normal, with businesses in operation and domestic travel resumed.

But 2021 also brought the arrival of the highly infectious Delta variant, which has wreaked havoc around the world.

Delta sparked severe outbreaks in many Asian countries that had, until then, contained the virus relatively well, including Australia, Malaysia, Bangladesh, Thailand and Vietnam. The more contagious variant, and the growing advice from international health experts that COVID would likely become endemic, has prompted many of those countries to abandon the zero-COVID approach, and instead adapt to “living with COVID.”

In China, too, the effects of Delta are becoming clear.

After its long stretch of relative normality, the country has recorded several outbreaks in the last few months alone, with little time in between to recover.

And concerns linger over the efficacy of Chinese vaccines, especially in face of the Delta variant.

Close to 2.3 billion doses had been administered by Tuesday, and by late October 76 per cent of the population had been fully vaccinated, according to the NHC, but that hasn’t stopped outbreaks from spreading fast and wide.

This summer, China experienced one of its most severe outbreaks yet, driven by Delta.

The variant was first detected in July in the eastern city of Nanjing; soon, infections were being reported in dozens of cities and eventually spread to 16 provinces.

After the familiar routine of mass testing, lockdowns, movement restrictions and mandatory quarantines, cases fell to normal levels by the end of August. 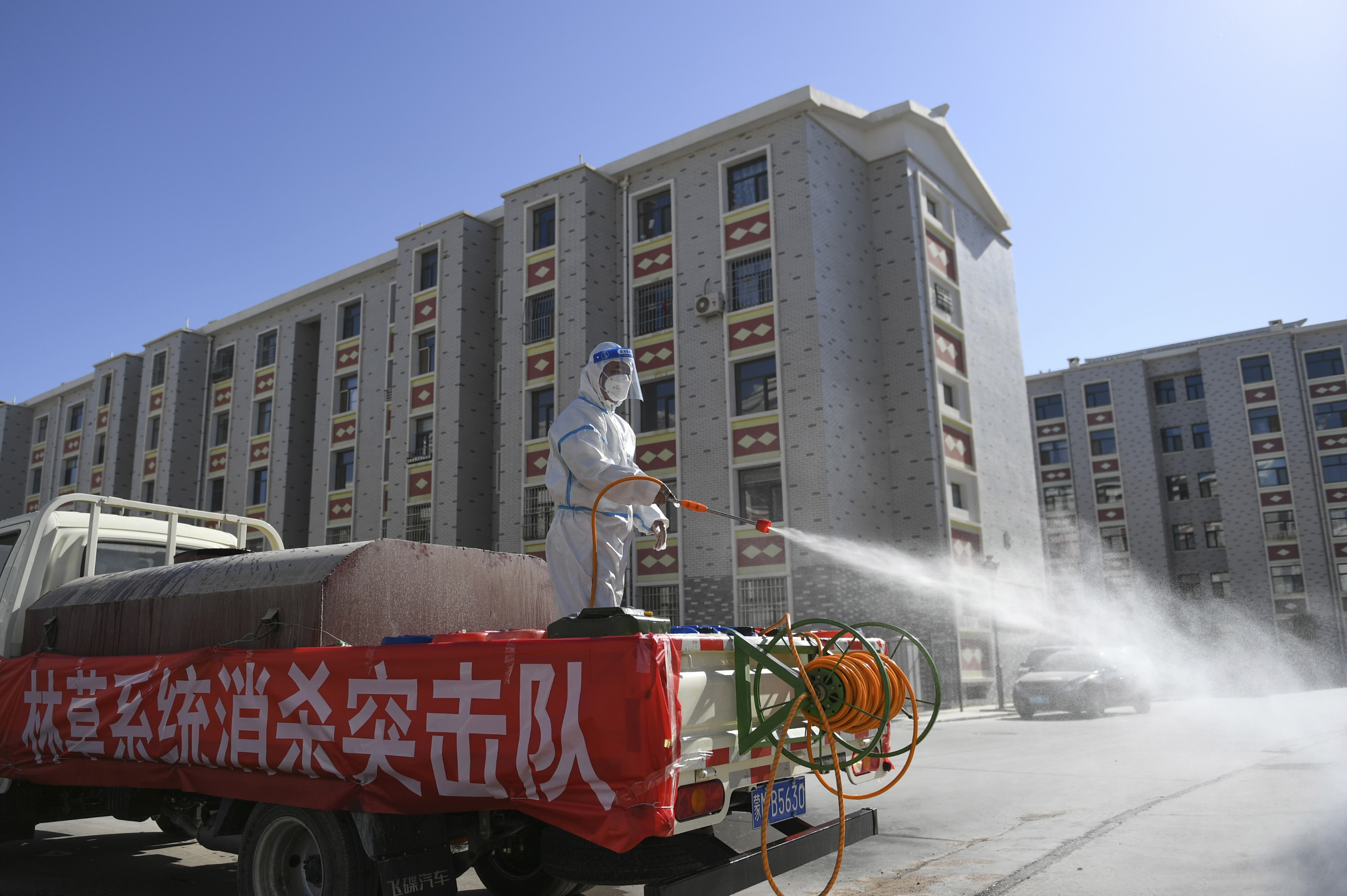 Despite the apparent success, the summer outbreak took longer than previous flare-ups to contain, and it had spread much faster between cities.

Residents and authorities had only a few weeks to catch their breath before another outbreak emerged in September in Fujian province.

This time, images of the government’s stringent containment measures, including separating children as young as four from their parents during quarantine, drew international concern and criticism.

By September 29, health officials declared that the Fujian outbreak had been brought under control.

However, despite the rising frequency and duration of its outbreaks, China shows no signs of changing its strategy even doubling down as it prepares for two high-profile events: a crucial meeting of Communist Party elites next week, then the Beijing Winter Olympics next February.

“Faced with continued outbreaks of COVID-19, health experts believe China cannot abandon its zero-tolerance approach for now,” said an editorial by Global Times on Wednesday, warning that “lifting the strict controls would lead to a catastrophic outcome.”