China's Foreign Ministry has scolded Peter Dutton after he described the presence of a Chinese surveillance ship off the coast of Western Australia as an "act of aggression".

Foreign Ministry spokesperson Zhao Lijian was quizzed about the remarks at a press conference overnight.

"I would like to state that China always follows international law and common practice," Zhao said.

"The Australian politician concerned should view the situation with objectivity and calm, instead of making sensational comments aimed at fear-mongering."

Yesterday Dutton said the "warship with intelligence-gathering capacity" was spotted close to a secretive naval base in Western Australia. 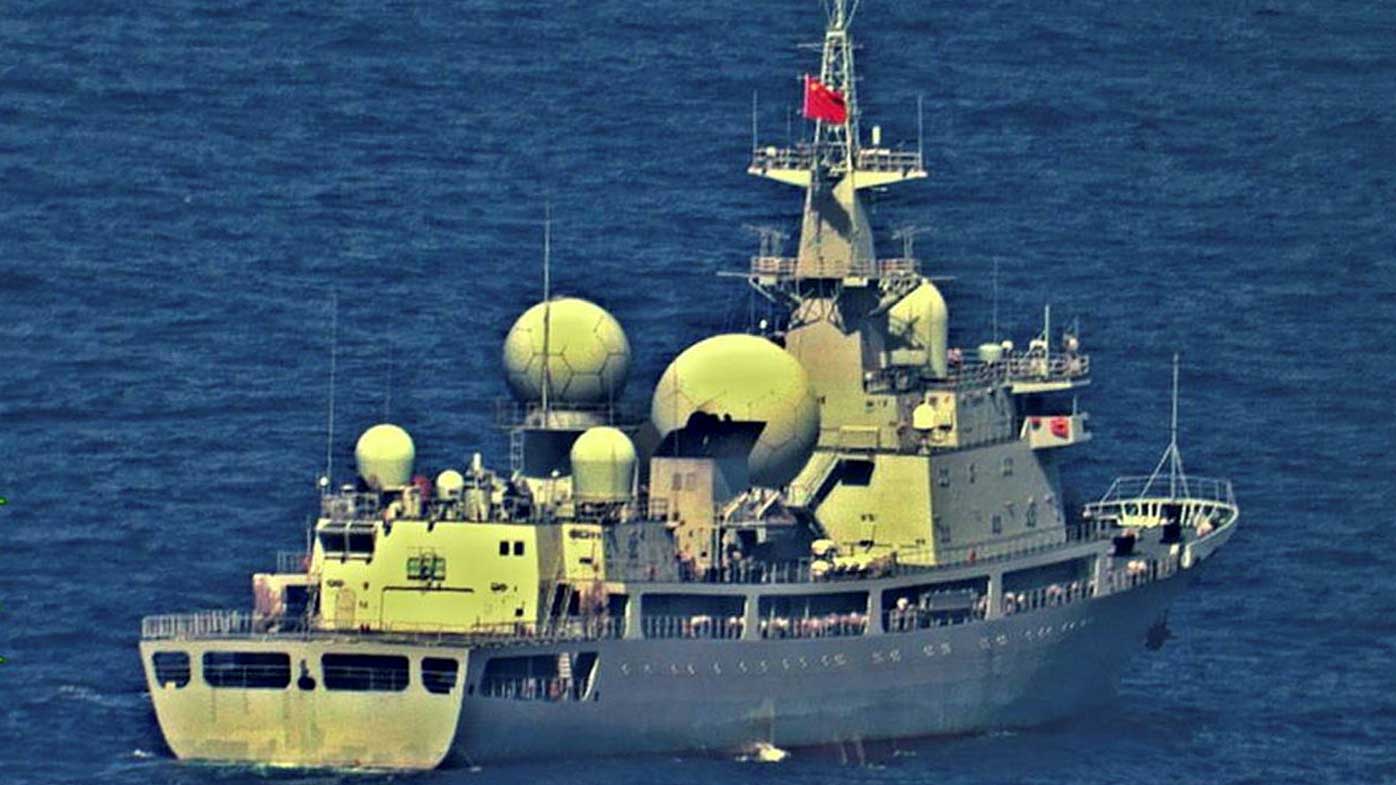 "It is obviously very strange that it has come this far south and it is hugging the coastline as it goes north, and its intention will be to collect as much electronic intelligence as it can," he said.

"It is strange timing and without precedent."

He described it as an "act of aggression". 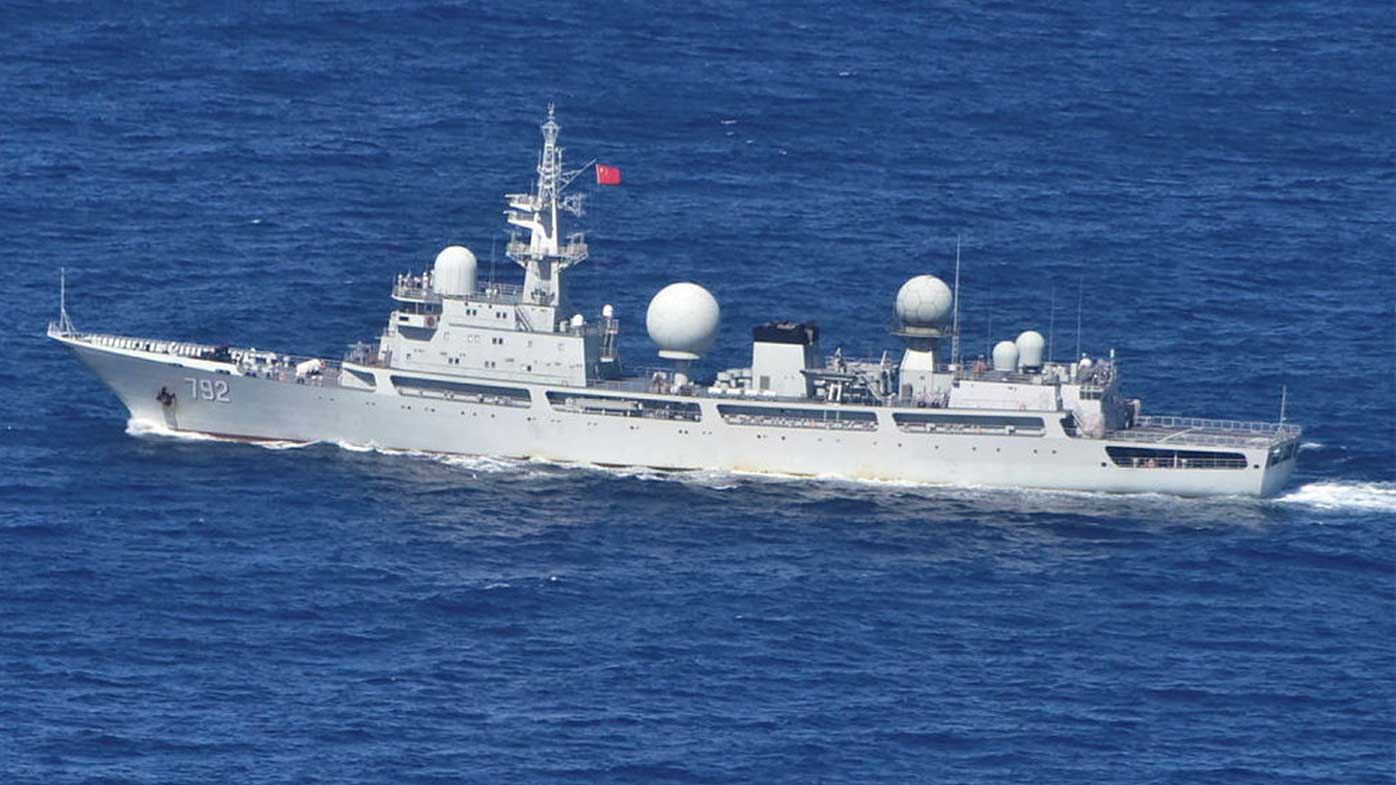 "Freedom of navigation is permitted all around the world," he said.

"And nobody has made any suggestions that any rules were breached in relation to the international law of the sea."

The ship has been identified by the Department of Defence as a PLA-N, Dongdiao Class Auxiliary Intelligence ship named Haiwangxing. 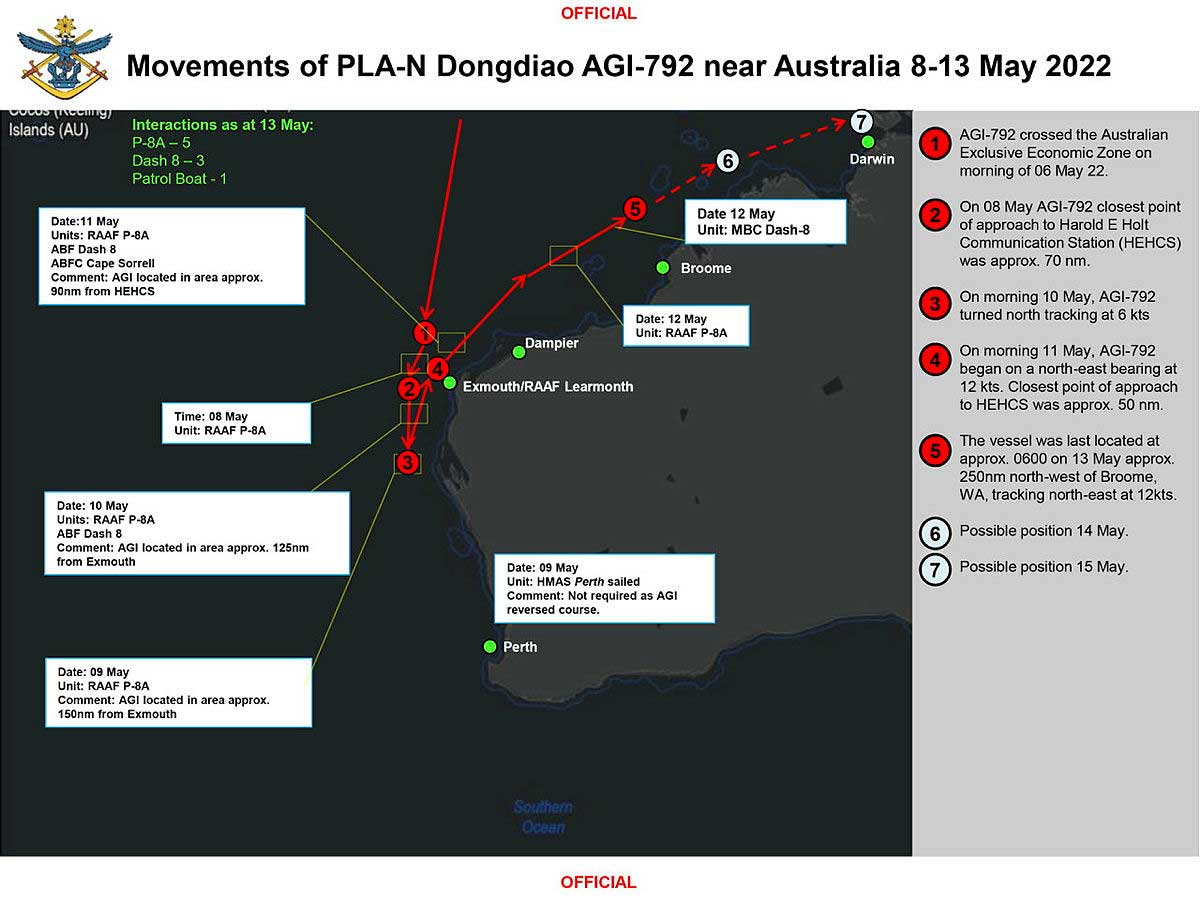 Haiwangxing entered Australia's Exclusive Economic Zone on the morning of May 6.

By May 8 it was 70 nautical miles away from the Harold E Holt Communication Station (HEHCS), north of Exmouth.

It turned north, and by May 11 it was 50 nautical miles from HEHCS. It then steamed north and by May 13 had been tracked off the port of Broome, thought to be heading towards Darwin.