Check out 'Doug', the ugly New Zealand potato, which could be world's biggest

Colin and Donna Craig-Brown were weeding their garden in New Zealand when Colin’s hoe struck something huge just beneath the soil’s surface.

As the couple knelt down and began digging around the object, Colin wondered if it was some kind of strange fungal growth, a giant puffball.

After Colin pried it out with his garden fork, he scratched away a bit of the skin and tasted it.

And not exactly pretty.

Donna describes its appearance as more of an ugly, mutant look.

But it’s quite possibly the largest potato on record. When the couple lugged it into their garage and put it on their old set of scales, it weighed in at a remarkable 7.9 kilograms.

That’s equal to a couple of sacks of regular potatoes, or one small dog.

In the weeks since their unusual find on August 30, the couple’s potato has become something of a celebrity around their small farm near Hamilton.

They’ve named the potato Doug, after the way it was unearthed, and Colin even built a small cart to tow Doug around.

“We put a hat on him. We put him on Facebook, taking him for a walk, giving him some sunshine,” Colin said. 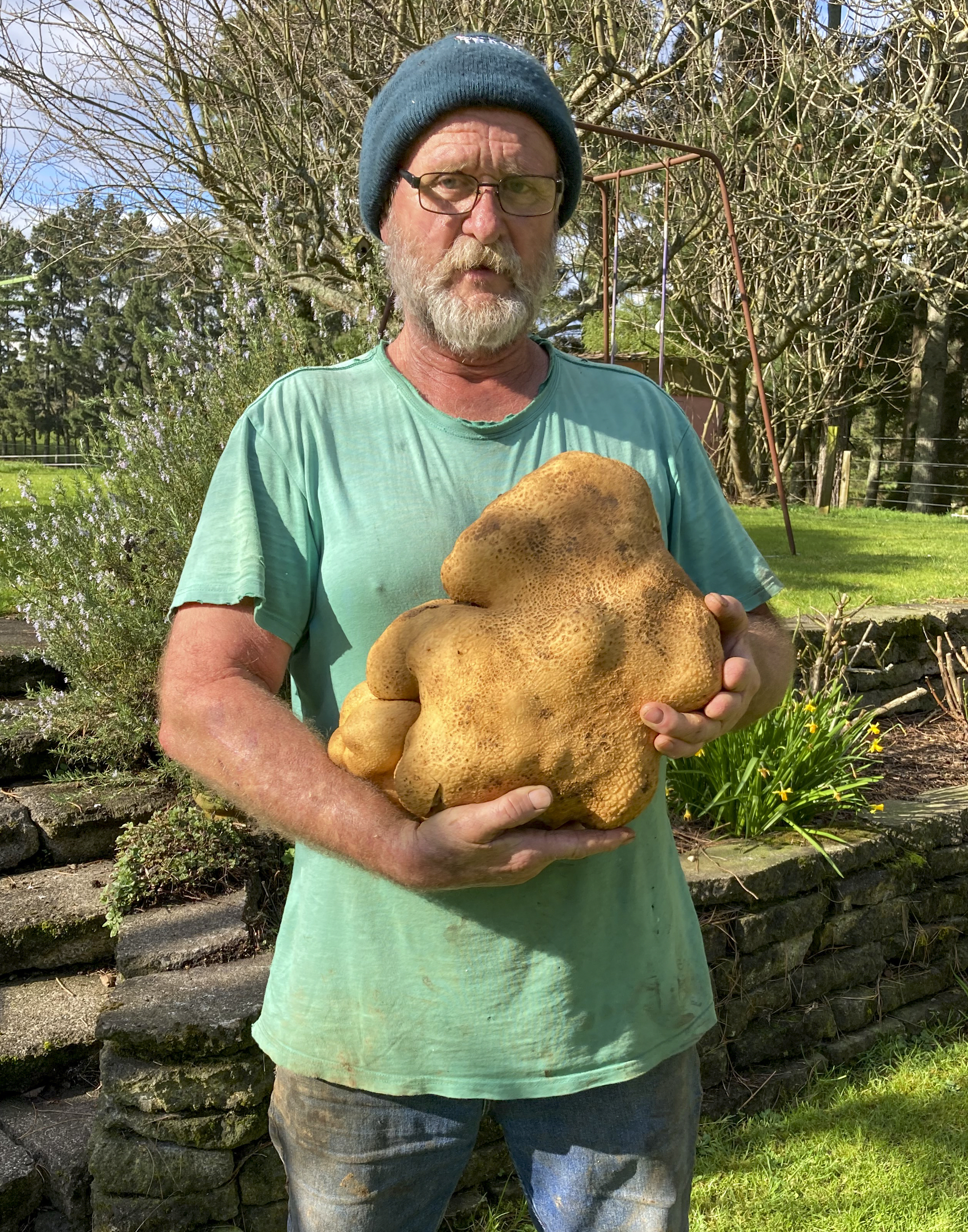 “It’s all a bit of fun. It’s amazing what entertains people.”

A more official weigh-in at a local farming store put Doug at 7.8 kg.

The Guinness World Records entry for the heaviest potato is a 2011 monster from Britain that weighed in at just under 5 kg.

The couple say they’ve applied to Guinness to have Doug recognised and are waiting to hear back.

Guinness said it couldn’t share information on the application and that the British potato remained the record-holder, for now at least.

Colin said he doesn’t have any secret gardening tips.

Usually they throw a bunch of cow manure and straw onto their garden and see what happens.

He said they’d been growing cucumbers in that area of their garden before the weeds took over and hadn’t planted any potatoes. Doug must have been self-sown, and quite possibly growing for a couple of years or more. 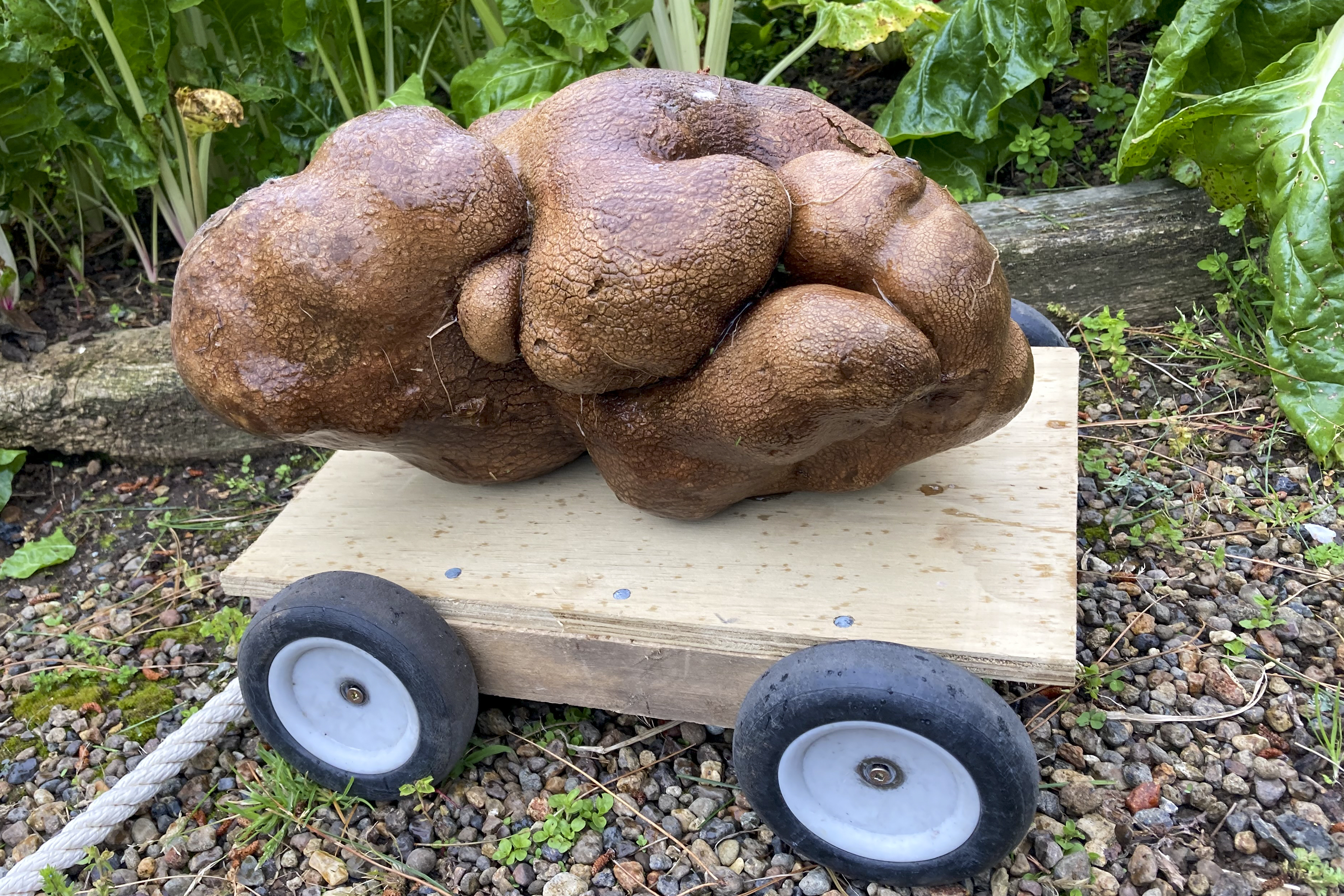 But Doug hasn’t proved an easy charge to look after. As the couple showed the potato off, it began drying out and losing weight. Mould started growing from its wounds.

“He was getting a bit pongy,” said Colin, referring to the potato’s smell.

So Colin cleaned up Doug as best he could and put the potato in the freezer, where it remains.

But Colin may not be done with Doug yet.