What the Queen’s death says about the power of magazines

8 trends for marketers to consider when communicating to women of a new era: Are Media

Are Media partners with OGX Haircare to launch BODfest festival 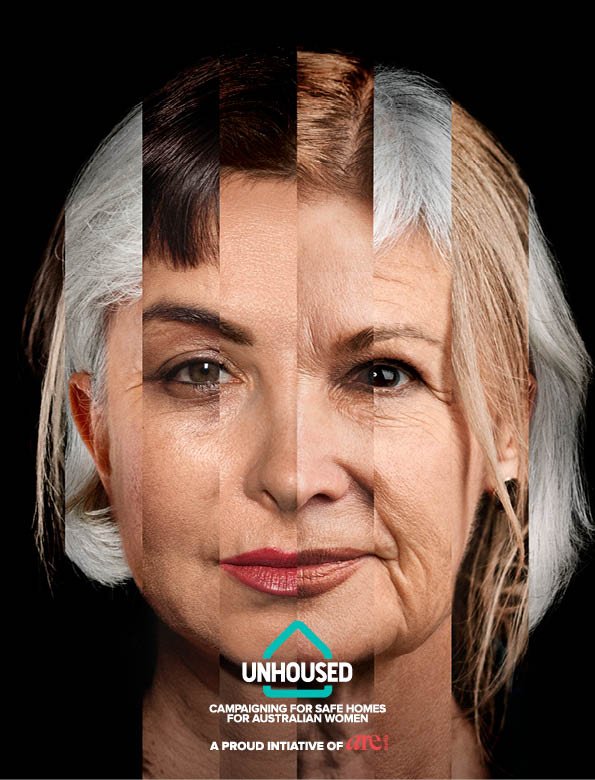 Content creator Are Media has launched a major pro bono initiative through its Change AREgenda Foundation, giving away $1 million in advertising to organisations working to solve women’s homelessness, while pressuring governments to fund more housing.

Australia’s leading content creator for women, Are Media, has announced a major pro bono initiative through the launch of the Change AREgenda Foundation, giving away $1 million in advertising to organisations working to solve women’s homelessness, while pressuring governments to fund more housing.

As part of its commitment to advocate for women and create meaningful change, Are Media has already successfully campaigned against the Tampon Tax, Elder Financial Abuse and most recently to criminalise coercive control.

With a NSW state election due in March 2023, Are Media will fund four amounts of $250,000 in advertising and creative support for not-for-profits, services, and fundraising groups working to solve women’s homelessness to bring this important issue front and centre with the government.

The initiative is part of Are Media’s “Unhoused” campaign, advocating for safe homes for Australian women, which aims to help drive $7.6 billion in funding. The campaign petition has so far gathered 38,000 signatures demanding governments commit a major funding boost to social and emergency housing in Australia.

The $1 million in advertising from Are Media, that houses Australia’s largest portfolio of women’s magazines, digital properties, and social media networks, will help create campaigns to support a safety net against homelessness caused by domestic violence, relationship breakdowns or poverty.

There are four streams of available funding with up to two recipients per stream, including:

Are Media commercial director, Andrew Cook, said: “As part of the Unhoused initiative so far, Are Media has developed a significant government relations and marketing campaign across all its owned properties highlighting the plight of Australia’s unhoused women and seeking government action. Editorial features with real stories from homeless women have appeared across our magazines and social platforms to help drive the agenda.

“We feel strongly that this issue needs urgent attention – and funding – from the government as many women are placed in a situation of homelessness through no fault of their own. We will continue to advocate for these vulnerable women and we are delighted to provide these groups with advertising funding to help bring about genuine change.”

Women over the age of 55 are the fastest growing Australians experiencing homelessness, with most homelessness hidden from the public because it occurs in boarding houses, crisis accommodation, overcrowded dwellings or couch surfing.

An Are Media poll found that 35 per cent of women believed they could become homeless, citing domestic violence, financial hardship, divorce, job loss or mental illness as leading contributing factors.

Eligible groups are encouraged to apply here from September 30 to December 30 2022.

Successful funding applicants will be notified by December 18 2023 and media provided by Are Media, will be available from February 1, 2023 until the end of December 2023.

or all queries, please email unhoused@aremedia.com.au

FACTS ABOUT WOMEN AND HOMELESSNESS
● In 2020-2021 167,400 women received assistance from a homelessness service
● In 2020-2021 42% or 116,200 homelessness service clients were escaping domestic and family violence
● Equity Economics estimates that the lack of long term social housing is leading to 7,690 women a year returning to violent partners and 9,120 women a year becoming homeless. (NTG Report)
● More than 9,000 women and children face homelessness each year after leaving a violent partner, many simply have nowhere to go. (NTG report)
● Between 2011 and 2016, the number of women aged between 65 and 74 presenting as homeless increased by 50%.
● Women aged 55 and over were the fastest growing cohort among the homeless, increasing by 31% between 2011 and 2016.
● The 2016 Census estimated that 6,866 older women were homeless. A further 5,820 older women were living in marginal housing and may be at risk of homelessness.
● It is estimated that 405,000 Australian women aged 45 and over are at risk of homelessness when they retire.