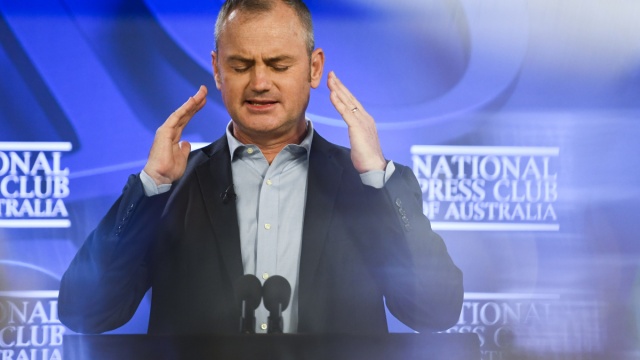 Simon Holmes à Court, who ran the fundraising campaign for the ‘teal’ independents’ stunning showing at May’s federal election is making the bold prediction they could pull off a similar feat at the next.

Five independents supported by Climate 200 were unexpected victors on an election night interpreted as a rebuke to the political status quo that built on Zali Steggall’s earlier toppling of Tony Abbott.

Mr Holmes à Court told The New Daily at least as many seats again are on his target list for the next poll.

“I wouldn’t be surprised if going into the next election we’re really talking about 10 climate independents on the crossbench,” he said.

“There were six campaigns where the independent came second … there’ll be at least 10 new, credible campaigns at the next election.”

In an interview for a new book on the campaign published on Monday Mr Holmes à Court reflects on a journey that began after an attempt to promote science-backed climate policy in the Liberal Party ended after a comment on the inevitable end of coal brought a feud with the MP he had been advising – former energy minister Josh Frydenberg.

The book often reflects on how the political and media establishment were surprised by an election night result and then confounded by a decentralised campaign that backed candidates on values and which was not controlled by a boss.

“In the hurly burly of the newsroom, it was much easier just to say: ‘Oh, you’re this Clive Palmer of the left’,” he said.

He was critical to designing a style of fundraising that tried to build momentum as it spread through social networks, including $2 million from an early and unadvertised drive on Twitter.

He personally chipped in about two per cent of its $13 million budget, which came from more than 11,000 donors.

Unusually, The Big Teal is one account of an election campaign in which the author’s role has not been obviously accentuated.

He says Cathy McGowan, whose community campaign for the Liberal seat of Indi in 2013, changed perceptions of independents as a boring but worthy protest vote option.

More independent MPs have been elected to Parliament in the decade since than the five before it.

The year she resigned, in 2019, Climate 200 launched and, on a fraction of its later budget, supported the campaigns of Helen Haines and Rebekha Sharkie.

But Mr Holmes à Court’s abiding memory seems to have been of Kerryn Phelps’ narrow loss in Wentworth and the need for a more focused strategy.

He says he drew inspiration for Climate 200 from a character who led in the way a slight change to a tiny rudder, when applied perfectly, can redirect a trans-Atlantic liner.

But he was often front and centre in coverage from News Corp depicting him as brash and intemperate (see: Twitter) and perhaps motivated by everything from a desire to profit from renewable energy to a gratuitous suggestion of anti-Semitism.

“I was instrumental in being the punching bag,” he said.

The son of a billionaire, Mr Holmes à Court nourished a contrarian streak in boarding school and while self-educating via the countercultural forerunner to the modern internet message boards.

He later worked in Silicon Valley before moving to renewable energy.

It is an unconventional background that proved a rich source of innuendo for opponents who had less success trying to turn voters off women with distinguished professional backgrounds and no taint from party politics.

As MPs he says they are now involved in the exercise of soft power in politics.

It’s a status that comes with a certain moral authority in Canberra that comes with not having been drawn from a professional political class that became so closely linked to the scandals hanging over the previous Parliament.

Now a more frequent criticism of the independents and the funding movement is how the MPs can possibly deliver on the wave of public expectation that brought them to office.

That’s not obvious when a wave of support has not overturned the arithmetic of politics.

Independent Senator David Pocock does wield a crucial vote in the Senate but the broader resurgence of the crossbench is also being led by other independents and another party who emerged stronger in May, the Greens.

But Mr Holmes à Court says the climate independents have not only delivered on their mandate but political observers have told him the influence began before the campaign was called.

“Scott Morrison taking net zero to Glasgow was because he was feeling intense feeling the heat in a number of states,” he said.

More recently independents presented key amendments on critical bills, such as the climate targets and the federal integrity commission, as Prime Minister Anthony Albanese expresses a desire to change the conduct of politics.

“There’s such a big mandate on these issues and Labor’s heard it and they are running with it,” he said.

Not long after the new Parliament convened on that promise some realpolitik analysis in the Australian Financial Review provided the counterpoint: The teals would now have to face up to the reality they were irrelevant.

On Friday the newspaper released a frisson of excitement through Canberra and its annual political power list.

The teal independents (six seats) came in at No.4; Opposition Leader Peter Dutton (90 seats) was 10th.

It might be some small sign of a change in the culture around politics, he says, but until the playing field is levelled he plans to keep going.

The post Campaigner behind teal victory reveals his stunning next move appeared first on The New Daily.