So, when she saw a Facebook ad flouting a heavily-discounted but incredibly high-tech kitchen chopping board, she was all ears.

According to the video ad, the 100 per cent bamboo board features two inbuilt knife sharpeners, a digital timer, weighing scale and light.

There was nothing to suggest the company she had ordered the product from was not above board, she said.

“Initially, I thought it was strange there was no confirmation of order, however, I did receive an email advising it was in transit.”

But when her package came in the mail, it was nothing like what she had ordered.

“What I actually received was two white, very thin, chopping boards,” she said. 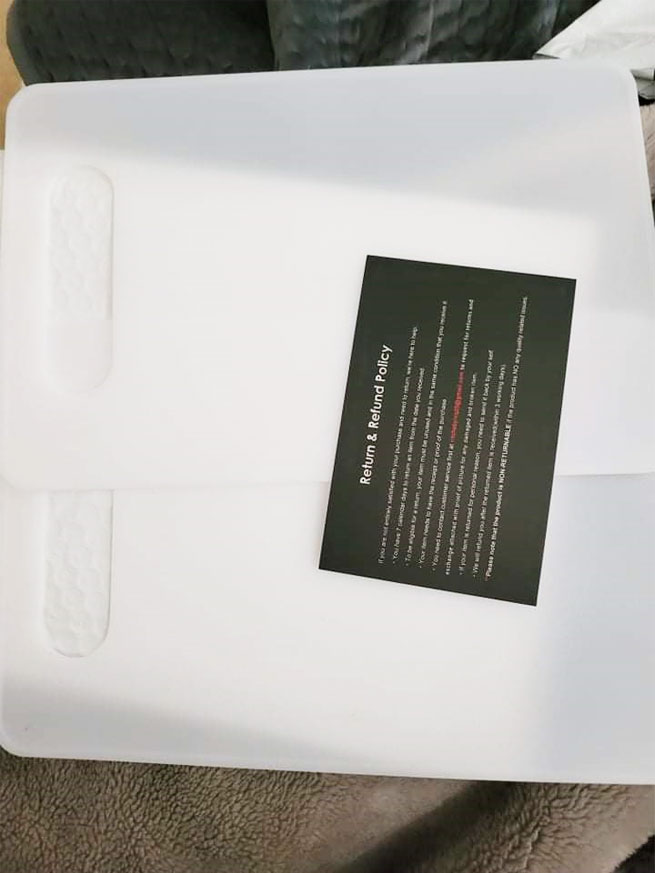 They were the type of plastic chopping boards that you would buy in a supermarket or a discount shop for a few dollars, she said.

Have you bought an item from social media but received something completely different? Email us your pictures to onlinenews@nine.com.au.

Marie Armitage had a similar experience when she snapped up a Christmas tree, also advertised on Facebook.

Touted as the “best gift for a family”, the elaborate, snow-dusted tree features a train whizzing around one level and an electronic Santa clambering up the side on a ladder.

Ms Armitage spent $32 on the tree.

But again, what showed up on her doorstep on Tuesday was completely different.

There was no tree in sight, instead, Ms Armitage was sent a sticker of a Christmas tree.

“My reaction to the peel off, stick on picture of a tree that arrived was confusion, disbelief and then anger,” she said.

“I tried to contact Facebook to report the company and ask for help but I couldn’t find any way of getting in touch with them.” 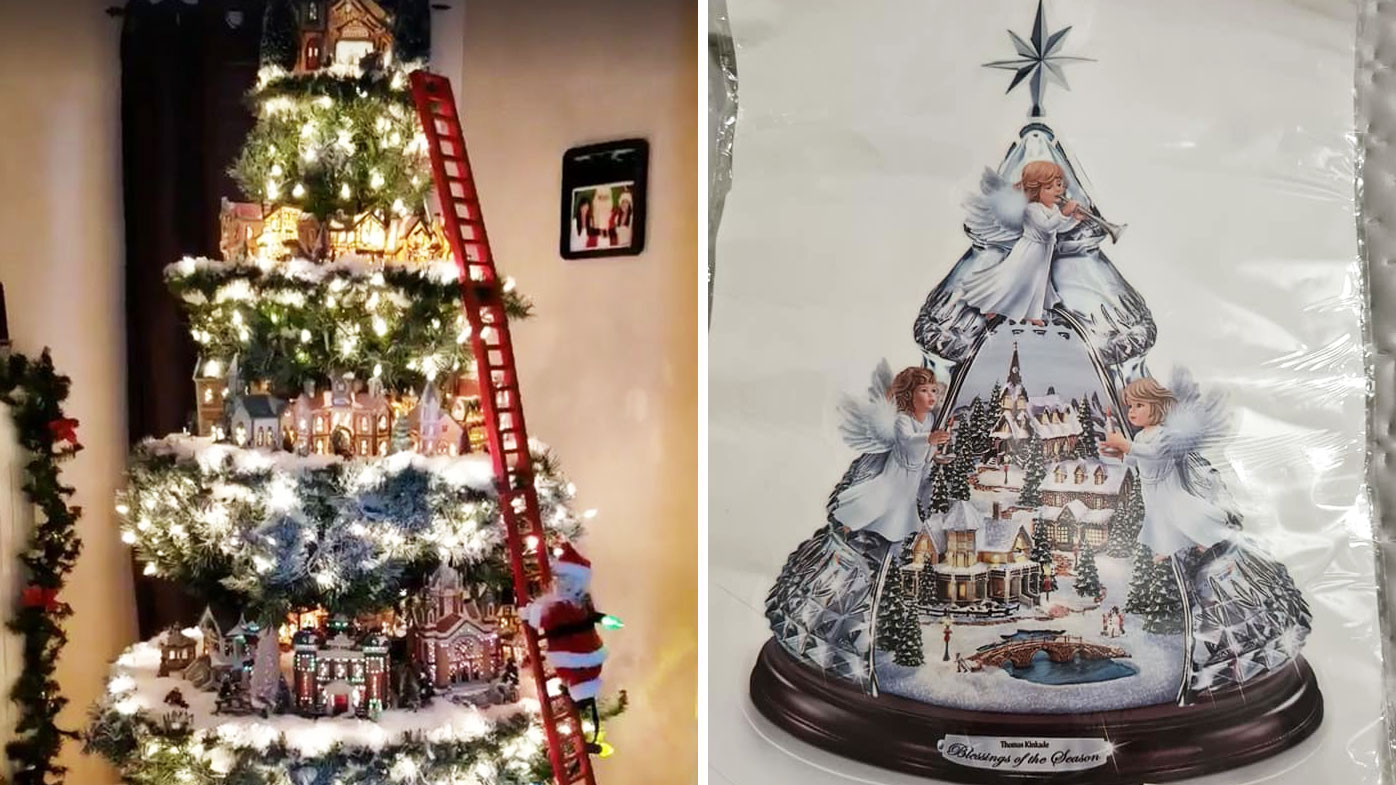 Ms Cornforth said she had also had no luck getting a refund on her chopping boards.

After the company failed to reply to her emails, she tried her bank.

“I contacted my card provider who basically said I did receive an item so there was not much they could do, however, they would send me dispute forms,” she said.

“I would need proof of purchase amount, order number and then I would need to get statutory declaration. Due to lockdown I said forget about it.”

A Facebook spokesperson said the social media giant was investigating the cases highlighted by 9news.com.au.

“We do not allow scams on our services and we take swift action to remove them as soon as we become aware,” the spokesperson said.

“We encourage people to report pages or profiles that violate these rules by promoting products, services, schemes or offers that are deceptive or misleading.

“We work to get ahead of scammers and that includes making investments in our enforcement and putting in place real world consequences, including taking legal action.” 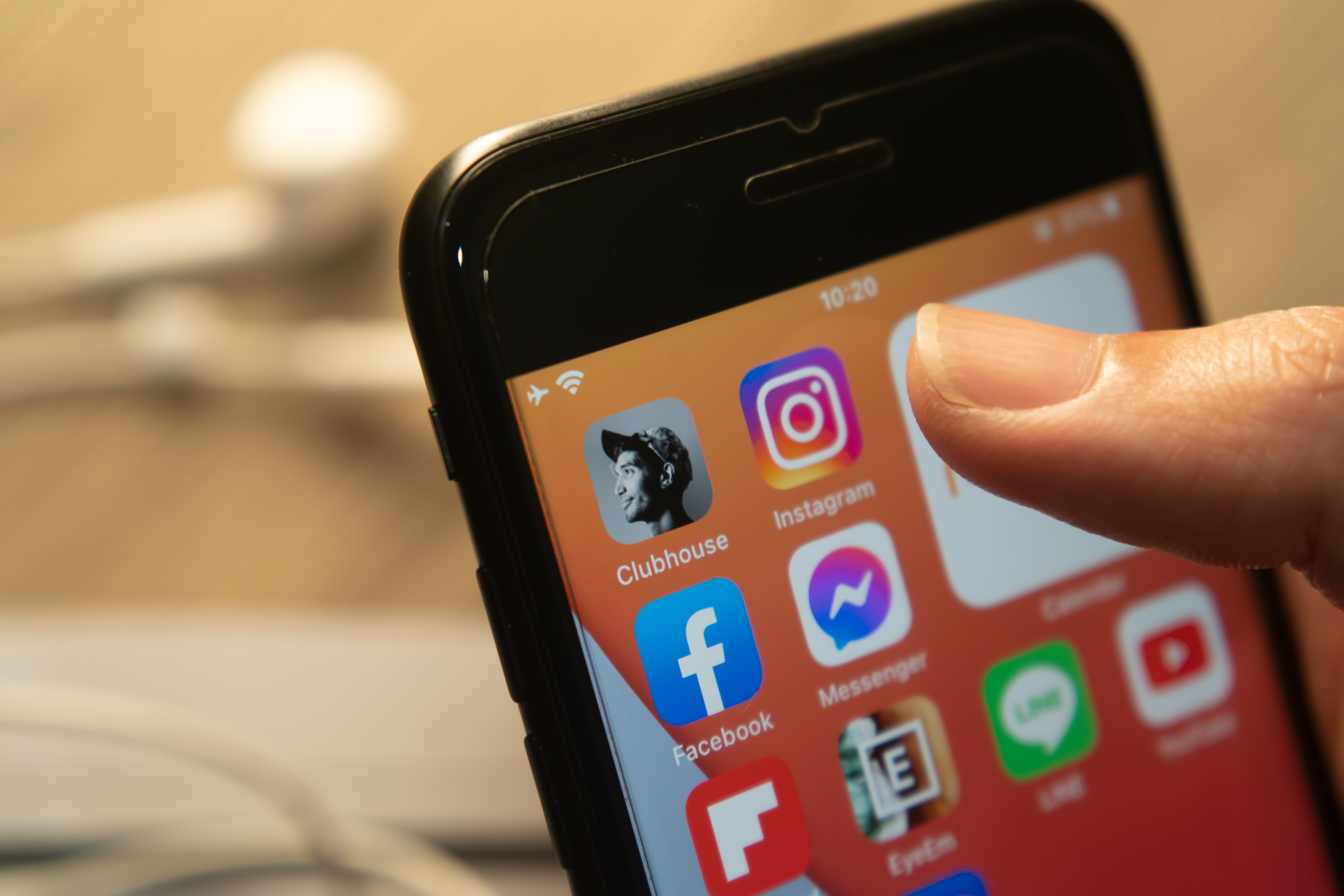 Ms Cornforth and Ms Armitage are far from alone in being scammed by Facebook sellers, and, as online shopping for Christmas surges, many more are expected to fall victim.

The Australian Competition and Consumer Commission’s Scamwatch program received almost 1800 reports of online shopping scams originating on social media from the beginning of this year to October 24, with over $794,000 in losses.

During the same timeframe, it received 119 reports where customers tried to purchase a particular product and were sent completely different goods of a lesser value.

Some replacement items mentioned in the reports were “face masks” instead of kitchenware, a “notepad” instead of an iPad and “sunglasses” instead of shoes.

Customers falling victim to the scams often find they are unable to contact the seller after they receive the wrong item or they are asked to return it overseas at their own expense.

In a bid to fight back on the burgeoning trend, Facebook users have created popular groups to name and shame dodgy sellers, such as “Facebook Ad Scambusters!”, which now has almost 8000 followers, and “Scam Alert Global”.

“Now I have been bitten I am reluctant to purchase anything from Facebook,” she said.

“I have noticed a pattern… you see amazing products often showing 80 per cent discounts.

“There are always reviews stating, ‘Received mine it’s amazing’, at the top – obviously it’s a total throw of a fishing line to hook us in.”

How the scam works and tips to protect yourself