Bureau of Meteorology signals end of La Nina, but it could be back soon

How La Niña will affect Australia's weather this summer 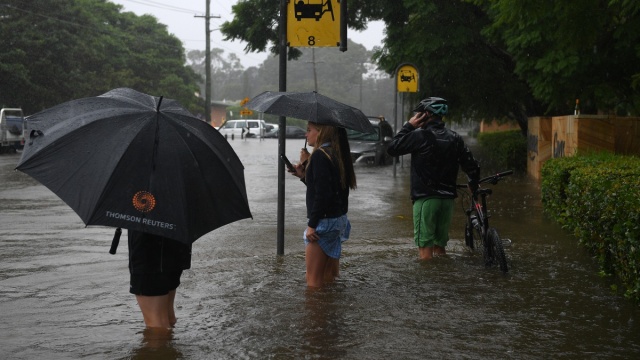 La Niña has officially ended after a shift in the Pacific Ocean, but meteorologists warn it could be back later in the year.

The Bureau of Meteorology declared the weather pattern finally over on Tuesday, after months of it helping to drive large rainfalls across Australia.

Meteorologists observed changes in trade winds, sea surface temperatures, and temperatures beneath the surface in the Pacific.

A wetter-than-average season is likely for most of Australia from July to September. As the 2021-22 #LaNiña slowly weakens, a negative Indian Ocean Dipole (IOD) is likely to develop. Learn more in our #Climate and Water Outlook: https://t.co/rmGKfMfch5 pic.twitter.com/4oOrO395j0

“But we also are aware that the models are suggesting we could go back into La Niña later in the year, and hence we’ve moved to La Niña watch,” Dr Watkins said.

There is about a 50 per cent chance of a La Niña event forming again during 2022.

The shift to La Niña watch does not change the outlook of above-average rainfall for most of Australia over the coming months, with several other climate drivers affecting the country, Dr Watkins said.

Among them is a developing Indian Ocean Dipole, which happens when there are sustained changes in the difference between sea surface temperature for the tropical western and eastern Indian Ocean.

“We also see quite warm temperatures in the oceans around northern Australia and off Western Australia,” Dr Watkins said.

Those warmer temperatures also tend to bring wetter-than-normal conditions to much of Australia.

About half the models the bureau surveys suggest a potential return to La Niña in spring, and back-to-back La Niñas is also not uncommon, Dr Watkins said.

“A three-year La Niña is less common, and we’ve only seen that three times since the middle of last century.”

The post Bureau of Meteorology signals end of La Nina, but it could be back soon appeared first on The New Daily.