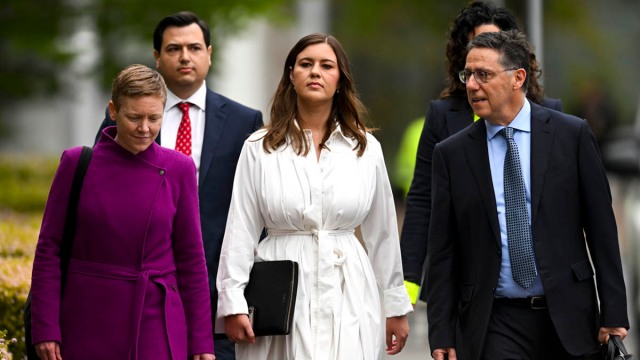 Former Liberal Party staffer Brittany Higgins is expected to return to court for continued cross-examination this week in the trial of her accused rapist.

“In the meantime we will hear from other witnesses,” she said.

Bruce Lehrmann is on trial charged with sexual intercourse without consent.

He has pleaded not guilty.

Ms Higgins alleges Lehrmann sexually assaulted her inside the office of then defence industry minister Linda Reynolds after a night spent drinking together with colleagues.

Ms Higgins has been unavailable to give evidence since Monday.

She is due to face continued cross-examination by Lehrmann’s defence lawyer Steven Whybrow.

The court has prevented publication of any evidence from other witnesses until after Ms Higgins has completed her evidence.

The post Brittany Higgins to return to court appeared first on The New Daily.