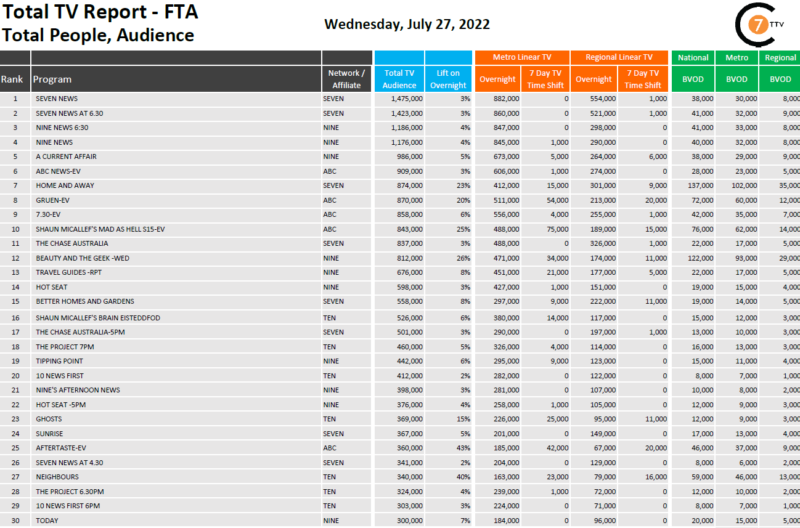 The moment the winner was announced on Nine’s Beauty and the Geek finale topped entertainment on Wednesday, however, it was the Seven network that celebrated an overall network share win.

In the latest Daily Consolidated Total TV Report for 27 July, Seven News was the top program nationally across linear, with 1.475 million viewers, including 38,000 on BVOD, and an uplift of 3%. The program with the most significant uplift in the top 20 programs was the finale of Neighbours on Ten with an uplift of 40%, watched by 340,000 total TV viewers, and 59,000 on BVOD.

Next in entertainment was The Chase Australia which pulled in 494,000 metro viewers, followed by Shaun Micallef’s Mad As Hell on ABC with a metro audience of 453,000.

The post Beauty and the Geek’s finale on Nine aired to 478K metro viewers appeared first on Mumbrella.