Heavy rain is falling across large parts of Australia and several states are now under severe weather warnings.

Thunderstorms have delivered 50 to 100mm across parts of New South Wales and Queensland, according to the Bureau of Meteorology.

There are also “moderate to large totals” in South Australia and Tasmania, meteorologist Jonathan How said.

READ MORE: The Brolga so excited for rain it dances

A long line of thunderstorms formed this afternoon stretching 2500 kilometres across between the Northern Territory‘s Top End and southeast Queensland, according to Weatherzone.

The storms are forming along a low-pressure trough that is interacting with a mass of very humid air in an unstable atmosphere.

Lightning strikes have also been detected near the trough as far north as Jabiru in the territory’s Top End and as far east as North Stradbroke Island in southeast Queensland.

Weather warnings are in place across several states.

This includes warnings for rain in NSW and Queensland and for heavy rain and damaging winds in South Australia and Victoria.

“Heavy rain could lead to riverine and flash flooding, especially where the ground is already wet,” Mr How said.

“Damaging winds have the potential to cause disruption and trees to fall.”

READ MORE: The Brolga so excited for rain it dances 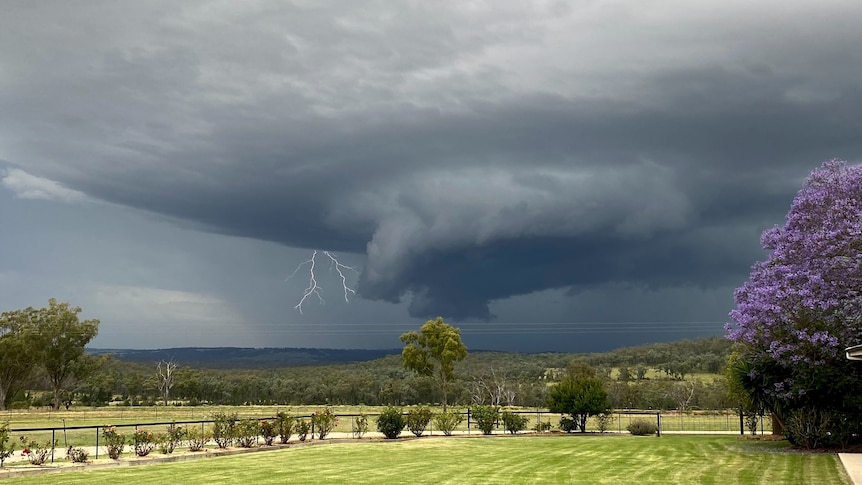 The deluge has also resulted in flood warnings and rising rivers in areas on the Queensland-NSW border.

Large areas are still under flood watches and the BoM is extending this warning to Victoria.

“These provide early advice for possible flooding, so check if they include you,” Mr How said.

Storms will be most active across Queensland and New South Wales on Thursday and there is the potential for separate weather warnings to be issued. 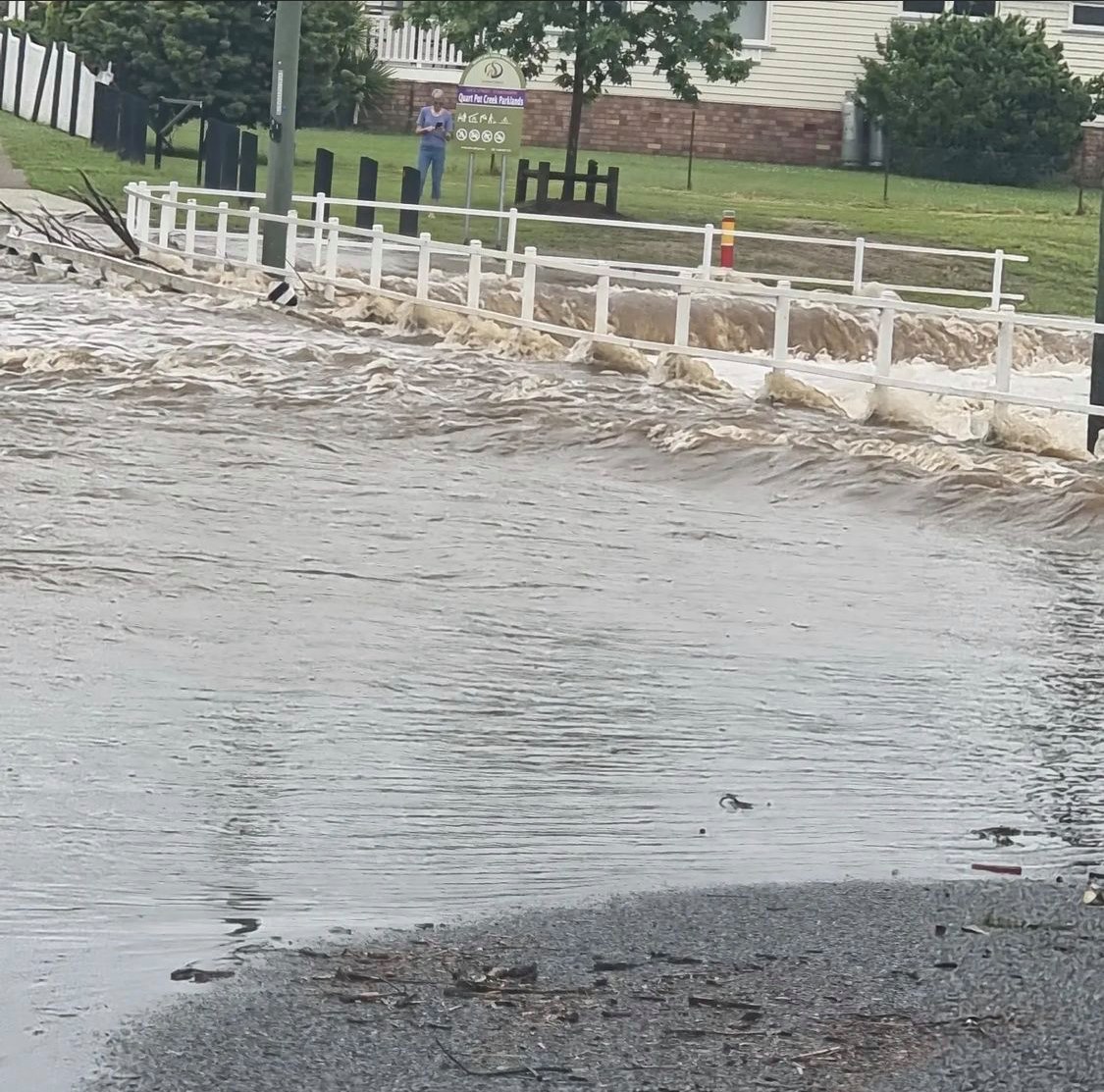 A low-pressure system over South Australia will cause widespread rain, which will extend into NSW and Victoria.

The BoM predicted widespread moderate rainfall would result in some river rises. 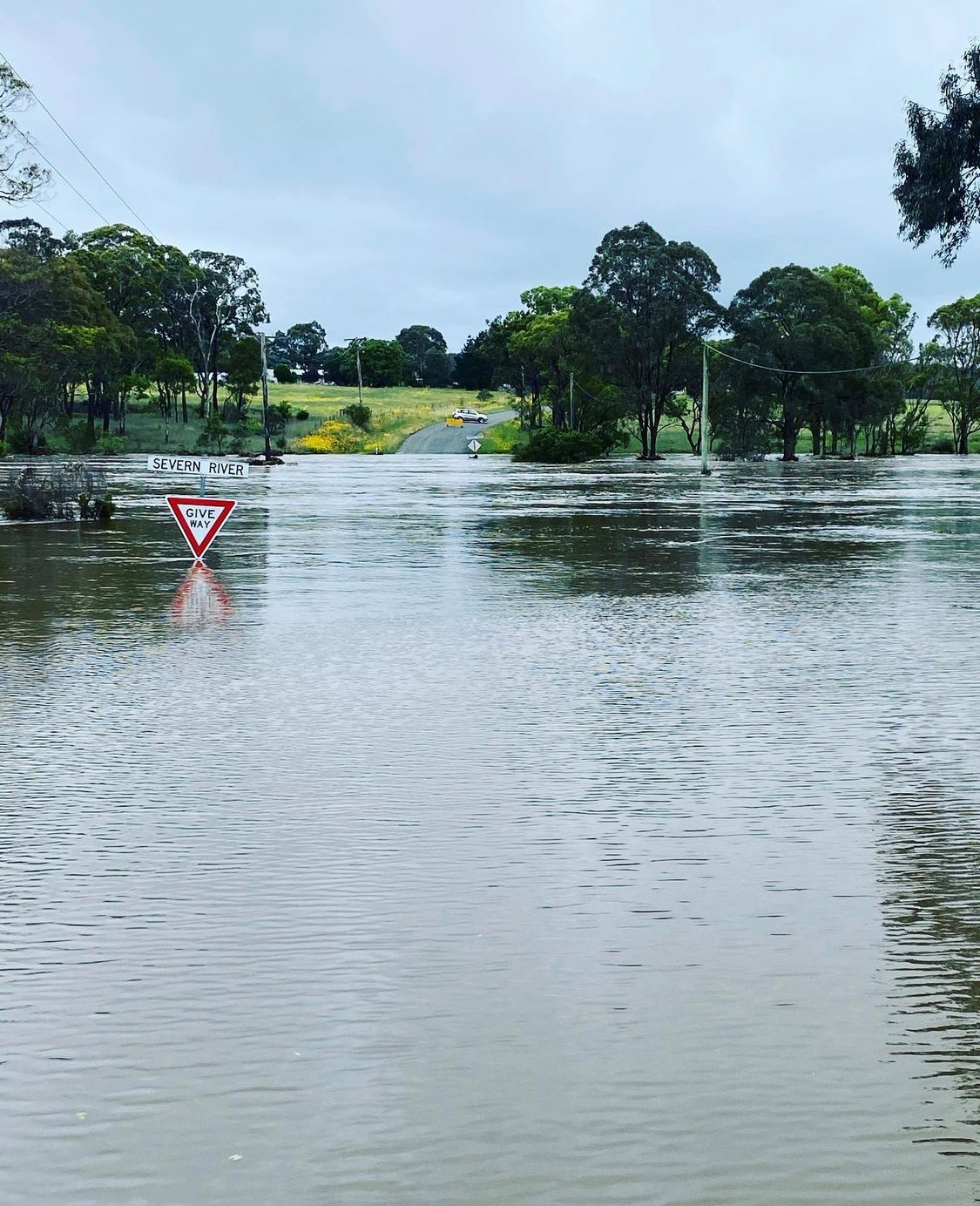 “Some creeks, where we don’t issue flood warnings for, rise really quickly.”

Flooding has impacted roads across the state, including on the outskirts of Stanthorpe in Queensland’s Southern Downs region.

9News reporter Jordan Fabris said one road in the area was washed away in an overnight downpour.

Meanwhile, residents in New South Wales have been asked to monitor the forecast and be on high alert today and tomorrow.

“Conditions could be quite changeable, particularly if you’re seeing thunderstorms in the region,” Ms Golding said.

“Be aware that it can be quite dangerous out there particularly on the roads.”

“We’ve already seen a number of short, sharp events which have led to a number of flood rescues in the last 24 hours,” Mr Austin said.

“We always say to the community please do not drive through floodwaters.

“This is a fast-moving event in places.

“The risk is not just from the long slow rainfall but essentially the sharp, short thunderstorms.” 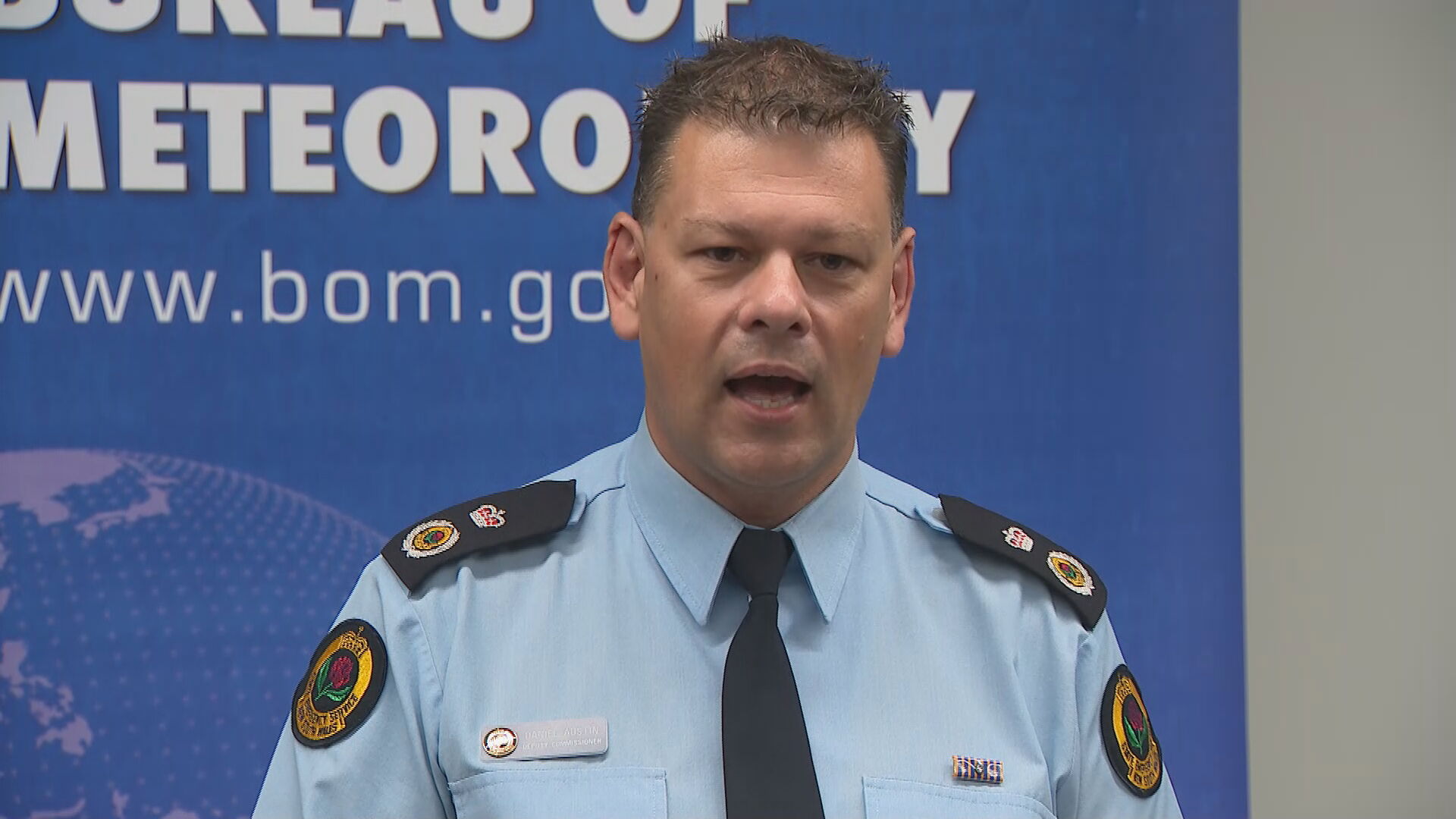 Mr Austin said the SES is asking people across NSW to heed the warnings into account and be prepared.

“Whilst a number of communities have seen rainfall events and minor flooding for some time, this is the most significant potential flooding event that we’ve seen, probably for the second half of this year at least,” he said.

“We urge the community to take action to prepare, to listen to the warnings, be really mindful of their surroundings and if there is a need for emergency services, to call 132 500 and request assistance that way.”

“Large proportions of the state (are) in the firing line,” he told Today, explaining emergency services have a particular concern for Moree, Armadale, Tamworth, and Parkes in NSW.

“We’re going to see a combination of flash flooding which can be really unpredictable and come on really quickly but also the Riverina flooding as well.

“Roads will be cut off in many areas, so avoid unnecessary travel in those areas and never drive through floodwaters.

“Really urging the communities to be aware of their local weather forecast and conditions.” 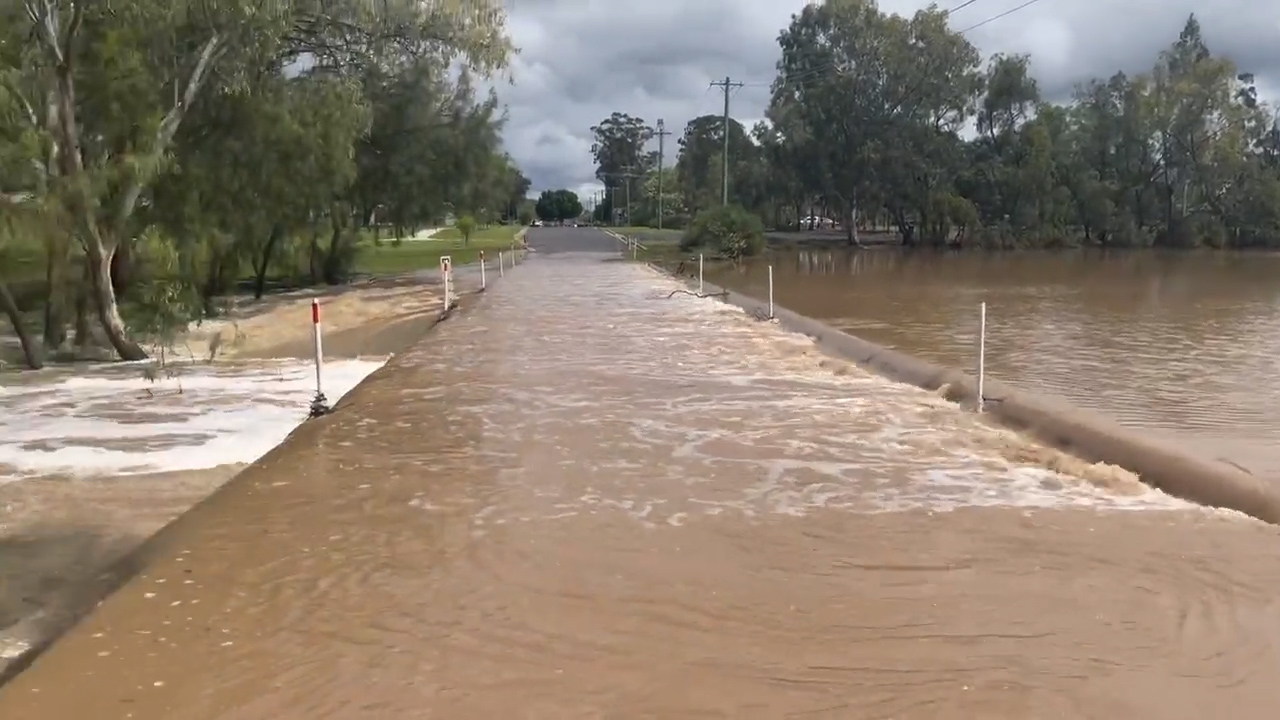 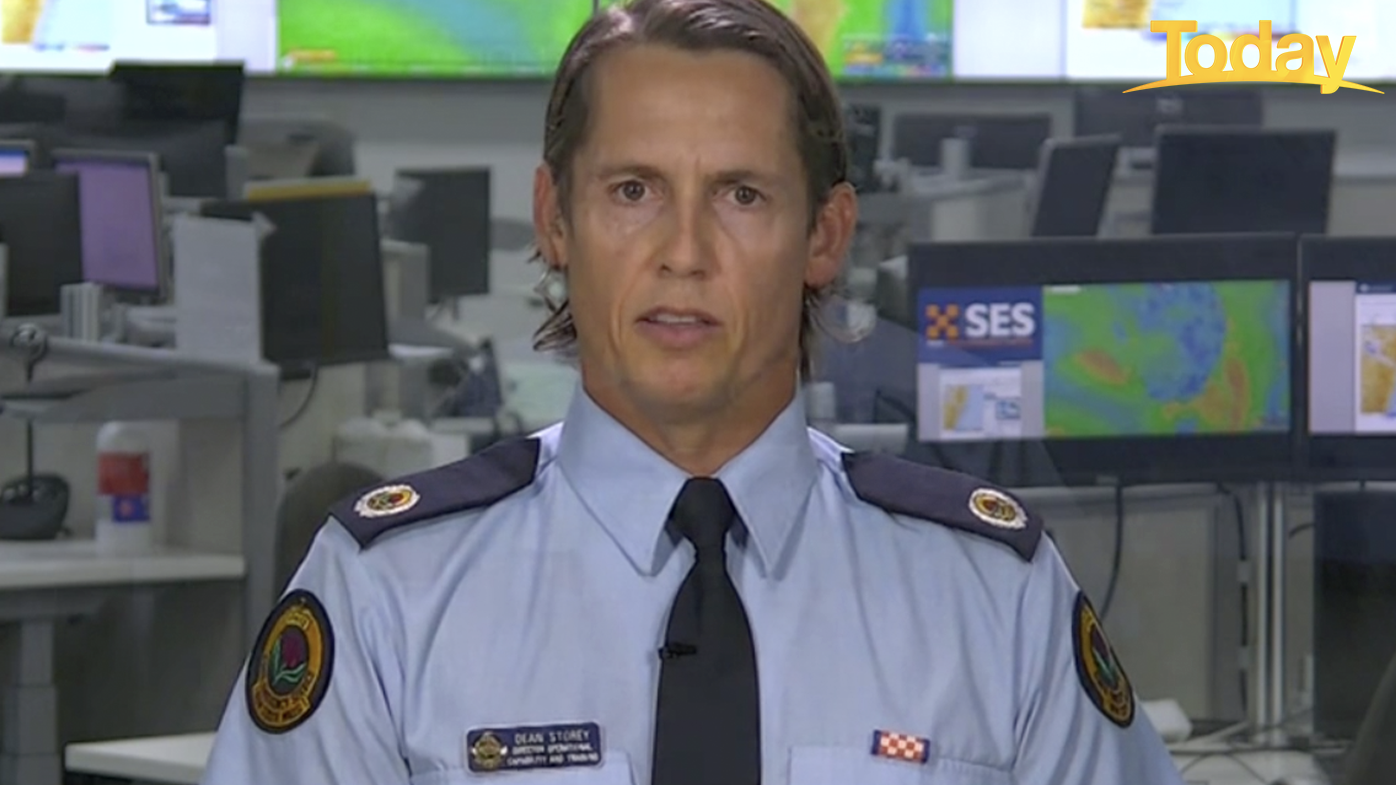 The message was echoed by Ms Golding, who urged residents in Queensland, New South Wales, Victoria and Canberra to be prepared.

“Many areas are expecting significant rainfall, with some places in Queensland and New South Wales likely to see daily rainfall totals of 150 millimetres or more,” she said.

“We may see this rainfall over river catchments that are already quite wet as well, so we’re encouraging people to ‘know your weather, know your risk’, and make sure you’re staying up to date with the current forecasts and warnings.” 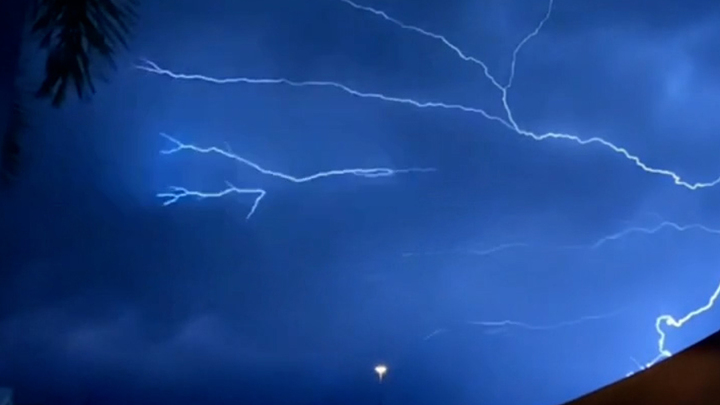 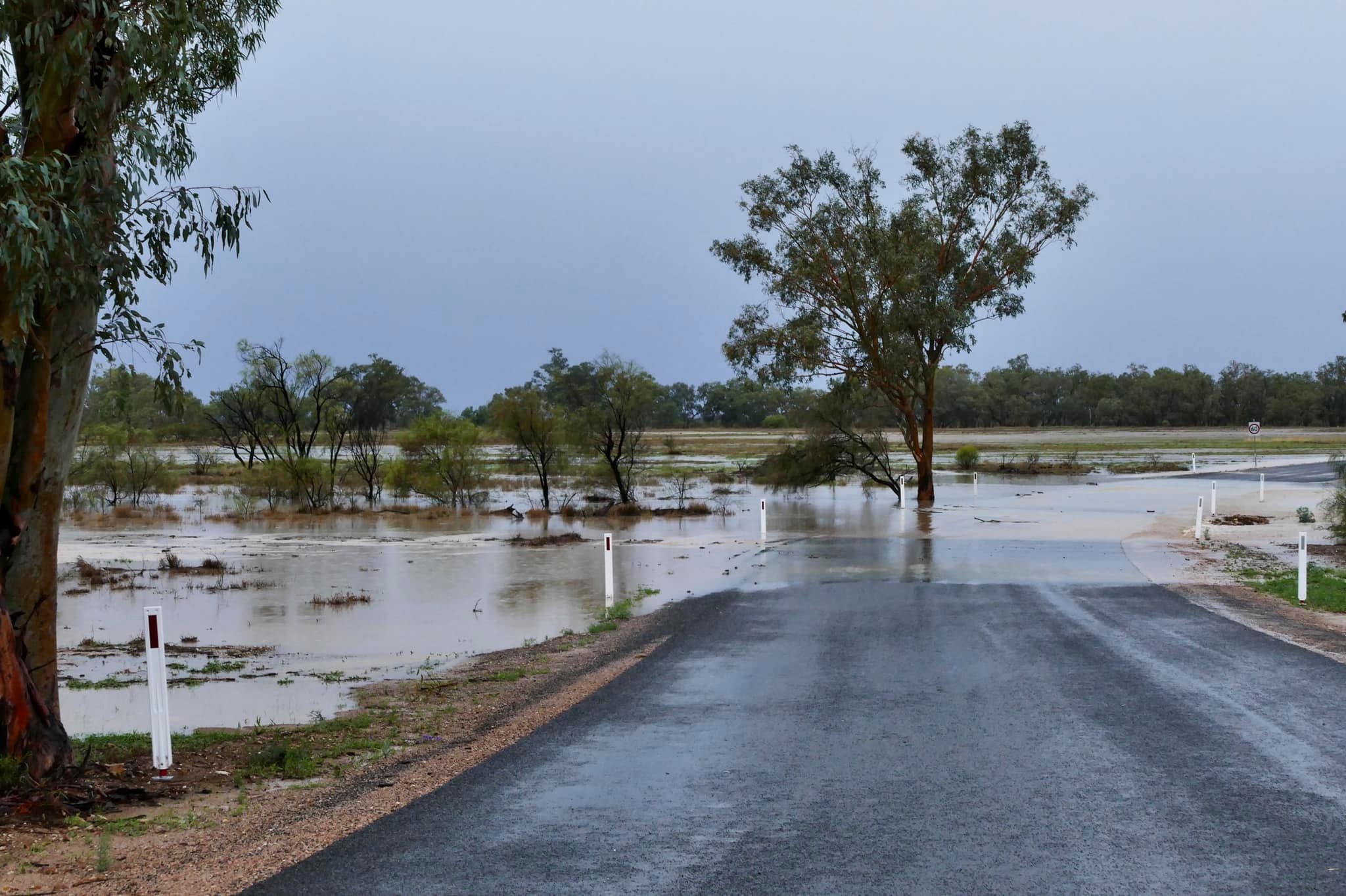 SES helicopters have been deployed to the areas of concern on the NSW-Queensland border to make sure they can respond as quickly as possible.

Severe weather and flood warnings are also in effect for parts of South Australia and the southern Northern Territory.