Canberra protesters’ farmland campsite ‘a humanitarian disaster in the making’

Morrison: Don’t blame me for the states’ vax mandates

From anti-vaxxers to ‘Sovereign Citizens’: A who’s who of the Convoy to Canberra protest 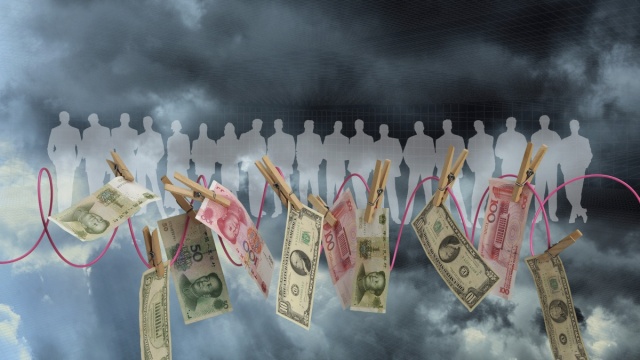 Eight properties and four luxury vehicles have been seized by police as part of a $10 million haul following an investigation of alleged money- laundering.

Australian Federal Police searched two Canberra homes and a storage unit on Thursday and seized more than $1.5 million in cash as well as documents and electronic devices.

Police allege four cars worth more than $800,000, 28 bank accounts and about $600,000 in cryptocurrency are suspected of being the proceeds of crime.

A 35-year-old man was charged with dealing in properties reasonably suspected to be proceeds of crime. He faces three years in prison.

Police will allege the man laundered cash and cryptocurrency from the sale of stolen identities and illegal goods, as well as money from various scams and illegal online gambling.

The man is on bail and will face court at a later date.

Tipped off by the FBI

Operation Nairana began in late 2020 when the FBI and US Internal Revenue Service tipped off authorities that an Australian-based person was using cryptocurrency to launder money.

“The AFP has a unique ability to disrupt groups suspected of criminal activity where it hurts them the most; seizing their profits and preventing them from using those funds in future ventures,” Acting Commander Raven said.

He said the AFP will be “relentless” in pursuing those involved in global money laundering.