Photos of Kobe Bryant's remains shared 'for a laugh'

Explainer: Can the spread of monkeypox be stopped?

Musk cites bot tool in Twitter dispute. Its creator has some thoughts

What is the One-China policy and why does it matter?

China 'ready to use all necessary means' to 'reunify' Taiwan

What we know about Langya, the new virus detected in China

Search intensifies for California teen who disappeared after a party

What's next for Trump after the FBI searched Mar-a-Lago

Man arrested over killings of four Muslim men in US city

'I worry that China may really launch a war'

Vice is tightening around Donald Trump as 2024 decision looms

How conspiracy theorist amassed a fortune that could be worth $375m

US pledges $1.4 billion more rockets, other arms for Ukraine 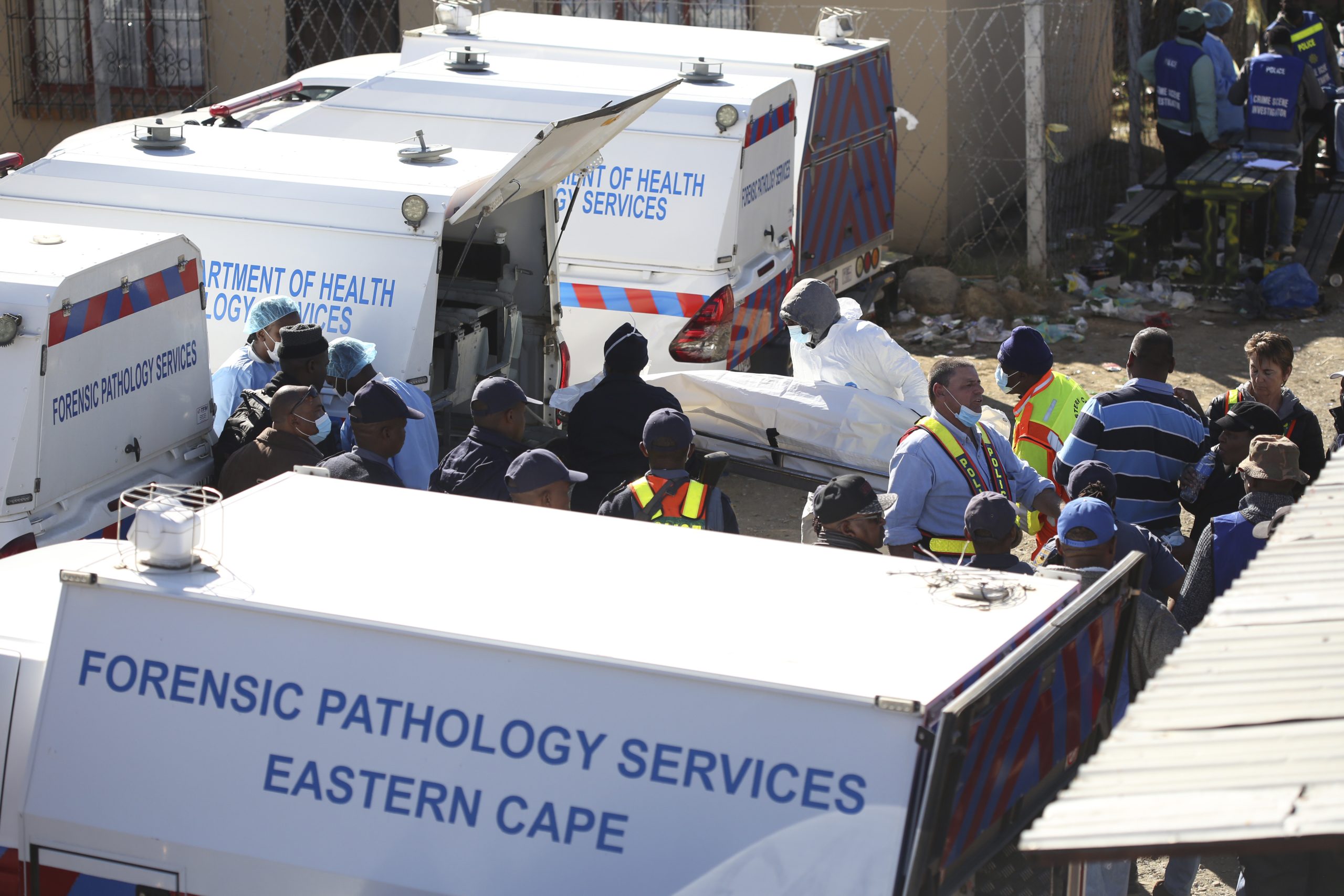 South African police investigating the deaths of at least 21 young people at a nightclub in the coastal town of East London early on Sunday said most of the victims were minors as young as 13.

It is unclear what led to the deaths of the young people, who were reportedly attending a party to celebrate the end of winter school exams.

Local newspaper Daily Dispatch reported that bodies were strewn across tables and chairs without any visible signs of injuries.

"At this point we cannot confirm the cause of death," said health department spokesperson Siyanda Manana.

"We are going to conduct autopsies as soon as possible to establish the probable cause of death."

Police minister Bheki Cele said the victims' ages ranged from 13 to 17, raising questions about why the underaged teenagers were being served alcohol.

President Cyril Ramaphosa expressed condolences to the families of those who died.

"The president is, however, concerned about the reported circumstances under which such young people were gathered at a venue which, on the face of it, should be off limits to persons under the age of 18," Ramaphosa said in a statement.

The death toll from the incident rose to 21.

The owner of the club, Siyakhangela Ndevu, told local media he was called to the scene early on Sunday morning.

"I am still uncertain about what really happened, but when I was called in the morning I was told the place was too full and that some people were trying to force their way into the tavern," he said.

"However, we will hear what the police say about the cause of death."