Alan Kohler: Past budgets and tax cuts are a foreign country

Alan Kohler: The RBA has done enough – it would be reckless to keep hiking rates

Where do the RBA and economists now stand on wages growth?

Alan Kohler: A plan for the new welfare state

Alan Kohler: The hubris of central bankers and the limits of money 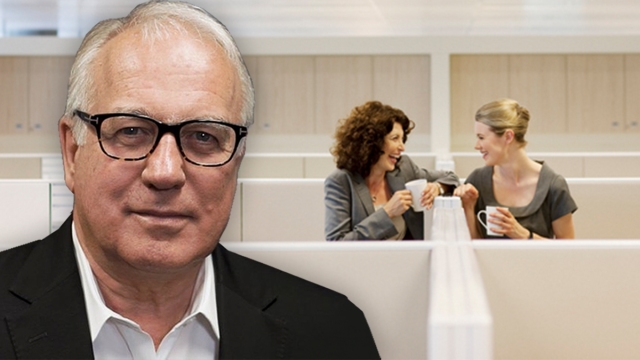 Rising to welcome journalists at an in-house media dinner last week, ANZ CEO Shayne Elliott noted that he and the management team were “ecstatic” at the number of staff who had come into the office that day.

It was the highest attendance since the start of the pandemic – 50 per cent.

Yep, ANZ’s executives were ecstatic that half their staff had come into work, instead of working from home.

It seems to me this is striking for a few reasons: First, of course, is that two and a half years after the pandemic began, half of this bank’s staff are still working from home.

Second is the fact that the bosses aren’t happy about it and are pleased (ecstatic) that half of them made the journey into Melbourne’s Docklands.

And third, perhaps most striking of all, is the obvious fact that the bank’s management is powerless to decide the level of attendance of their staff – they are passive observers, counting the number of people who show up, wishing it was more but unable to control it.

Over dinner I asked Elliott what he and his HR team thought would settle into the permanent level of working from home. “Probably about two or three days a week,” was the answer.

It’s a kind of mob rule, where if you get enough protesters storming the Bastille there’s nothing the gendarmes can do about it.

So it is with working from home: Whether company managers like it or not a proletariat revolution has happened which they can’t control and it can’t be undone.

Perhaps it would be different if the unemployment rate was higher, but the fact is that all employers these days are terrified of losing staff because it’s too hard to find new ones. If their people want to work from home, well that just has to be fine, otherwise they’ll quit.

But is it fine?

Well, it certainly is fine for the workers. Apparently, the average commute for ANZ’s 8000 or so staff at Docklands is 50 minutes, so of course they’re going to work from home two or three days a week if they can.

It’s not just the money saved on train and bus fares, although that’s definitely part of it, it’s the extra time spent with family and – crucially – the ability to pick up the kids from child care or school, and to be there when they get sick.

The downside for the worker is that part of the house has to be given over to work, whether it’s a spare bedroom or the kitchen table. Realistically that means a bigger house, and not many employers, if any, are helping with the mortgage or the rent, or the heating and cooling.

But for two or three days a week, it’s OK, and anyway you get more work done at home – there’s no interruptions from colleagues wanting to talk about the football, or last night’s episode of MasterChef.

Also, a lot of people are moving further out into cheaper regional housing and a better lifestyle because a long commute from the country is OK two days a week.

But why do the bosses want people in the office? After all, they get to save money on office rent, once their leases expire.

Because these days no one is an employee – they are all “team members”. Companies always refer to their staff as team members now, not staff or employees, and staff are now taught to call themselves team members.

But it’s hard to embed a team culture when the team members are scattered to the four corners of the Earth, interacting on Zoom with an ironed shirt on top and pyjamas and slippers under the table, one eye on the baby.

Managers I’ve discussed this with talk about the benefits of spontaneous interactions between staff when they work in the office, with quick meetings, and face-to-face discussions in general, not to mention the ability for the boss to keep an eye on what the team members up to.

But the bosses have lost control: The proletariat has risen up, and no one will ever again be forced to spend five days a week, 10 hours a day, in a CBD office. It is a revolution.

Which brings us to the people for whom this is the least fine – office landlords and CBD businesses.

If ANZ is right, and it settles into everyone working from home two or three days a week, CBDs will be half-empty.

How many over-borrowed commercial property businesses will go broke? What does it mean for the returns of super funds that own most of the office towers? Should APRA ask them?

Most office tenants are on long leases, so this is a slow-motion change that will take place over a decade as leases come up for renewal. Companies that own their own buildings, like ANZ, have a bigger problem, because they can’t move out and it’s hard to sub-let part of it to other shrinking firms, and most of them can’t be turned into apartments.

Office landlords are starting to panic. I know an interior designer whose work these days is mainly helping office landlords try to make their buildings more appealing for people to come into work, but there’s a limit to what can be done on that score – it will take more than a nice café and a gym to counter the misery of a 50-minute commute standing up in a crowded train.

Design house Hassell has a list for landlords on its website of the top five things that entice people into the office:

Sounds like home, right? Apart from the No.1 attraction – free food.

And what about CBD retailers and restaurants? Given the cost of parking in the city versus free parking at Chadstone, they need a captive audience of office workers who are already in the city. Obviously there will still be enough customers for a lot of CBD businesses to survive, just not as many as before.

What would Comrade Marx say about all this? Something like: Workers of the world unite! You have nothing to lose but the chains of your commute.

And as Jane Austen actually did say: “There is nothing like staying at home for real comfort.”

The post Alan Kohler: Working from home is a proletariat revolution appeared first on The New Daily.