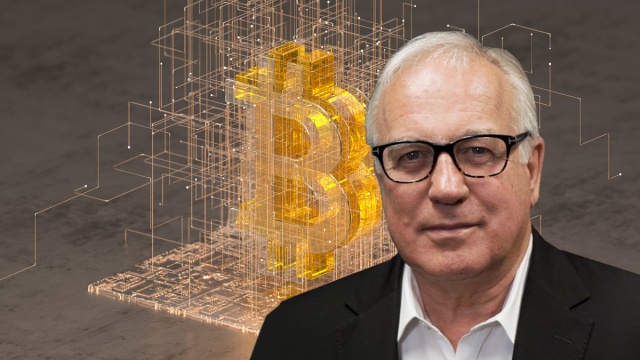 Bitcoin may be many bad things – speculative bubble, consumer of energy, vehicle for scams – but it is not a Ponzi scheme.

Charles Ponzi’s particular scam involved financing the returns for his investment fund with new money rather than actual investments; all Ponzi schemes come unstuck when asset values fall and new money dries up.

Bitcoin offers no returns, so it’s not a Ponzi scheme. But what it is, exactly, is more difficult to name. It’s both nothing and everything.

What I mean is that Bitcoin has no substance and is not inherently useful, unlike the objects of previous bubbles, such as Dutch tulips in 1636, the South Sea Company in 1711, Japanese real estate in 1989, or internet stocks in 2000.

Those other bubbles involved the frenzied over-pricing of an existing item that had some inherent utility, and continued to exist after the price crashed and the late speculators went bust.

Bitcoin was created from thin air in 2008 and although it was supposed to be a new form of money, it’s clear that will never happen. It won’t be allowed to.

So why are people still paying $30,000 each for them, an amount that could get them decent car or a very nice family holiday?

It’s because, I submit, Bitcoin is a magnet for the victims of modern capitalism, like lottery tickets, and is therefore both a symptom and a symbol of its failures.

It’s now pretty well understood that the neoliberal version of corporate, free-market capitalism introduced in the 1980s by, among others, Milton Friedman, Margaret Thatcher and Ronald Reagan, has massively benefitted the wealthy and massively increased inequality.

Profits have expanded at the expense of wages while money printing by central banks – to rescue the economy from the banking excesses that brought it undone in 2008 and then from the pandemic – has inflated asset values, further benefitting the wealthy owners of the assets.

But while everybody knows all this, nothing is changing because the dice are still loaded and the winners are still in charge.

In October 2008, the height of the GFC, and a month before the Federal Reserve started printing money, Satoshi Nakamoto posted a paper on a cryptography mailing list headed ‘Bitcoin: A Peer-to-Peer Electronic Cash System‘, essentially describing an ingenious alternative to the existing financial system for those left behind by it.

He or she did not design an investment asset, but a new way of recording transactions by using a widespread chain of messages that can’t be changed, supported by a token called Bitcoin.

But because there is an inbuilt limit of 21 million on the number of tokens that could ever be created (unlike ever-expanding fiat money), and because the existing financial system had so egregiously failed so many, it gradually built a keen following – at first a smallish cult, then a movement, and then a speculative bubble.

(As an aside, a month after the birth of Bitcoin, Barack Obama was supposed to provide a political rebalancing for those left behind by capitalism, but he didn’t, and things stayed as Leonard Cohen described in 1988:

Eight years later Donald Trump presented as a more extreme outsider but he was really just one of the rich winners, and in his one term he permanently changed America by stacking the Supreme Court. But that’s another terrifying calamity altogether).

The Bitcoin/cryptocurrency bubble has been driven by three types of people: First, scam artists, with which the world is always infested, and always will be; second, those against whom the dice are loaded, who are sick of losing and think they have found something that will help them win; and third, those who genuinely want an alternative to the existing financial system, which they believe to be rigged.

I suppose the second two are basically the same, it’s just that the true believers have a longer time horizon than the gamblers.

Is this the end?

In early 2010, 18 months after its birth, Bitcoin was quietly changing hands for a fraction of a cent. In the middle of that year came its first big run, when it charged up to 10c.

And then after the pandemic unleashed a new wave of money printing, further eroding the foundations of the existing financial system in the eyes of many, the price surged to a peak of $US69,000. It has now crashed for the fourth time, to $US21,000 – a fall of 70 per cent.

Is this the end of the world’s flirtation with cryptocurrency and peer-to-peer cash?

Bitcoin is one of a number of blockchains that are gradually infiltrating the financial system and commerce more generally as part of what’s being called Web 3.0, although there’s an interesting debate about whether this new version of the internet is real or over-hyped bulldust.

It might end up being the latter simply because the Empire Strikes Back – that is, the industrial/banking/political oligarchies combine to ensure that peer-to-peer commerce doesn’t happen – that is, that we must keep paying corporate intermediaries to conduct business rather than use blockchains to deal with each other directly.

So it might all end up being a utopian anarchist experiment crushed by plutocrats – like the ill-fated anarcho-syndicalist movement of the early 20th century.

But 14 years after Satoshi Nakamoto published his/her ground-breaking paper, there are about 20,000 cryptocurrencies worth just under $US1 trillion, including Bitcoin’s $US405 billion, down from a peak of $US2.8 trillion.

So there is some substance, but for comparison, the total global sharemarket value is $US120 trillion, so the crypto world is still tiny.
A lot of those 20,000 cryptos will disappear, possibly even most of them, but not all of them.

The post Alan Kohler: Bitcoin is not a Ponzi scheme, it’s an outcome of capitalism’s failure appeared first on The New Daily.